Roku Expands Reach of Video Channel to the Web and Mobile

Earlier this month, streaming device maker Roku introduced The Roku Channel — its streaming destination for free, ad-supported movies and TV shows — to non-Roku devices for the first time. The rollout started on the web and select Samsung smart TVs, before plans for a wider cross-platform launch. In addition to updating the navigation for Roku players and Roku TVs to access free TV content, the company plans to bring its service to PCs, smartphones and tablets for those consumers who have not purchased Roku devices.

“Roku first launched The Roku Channel as an ad-supported VOD service on its own streaming devices and Roku TVs in September of last year,” reports Variety. “At launch, the channel included catalog titles from studios like Lionsgate, Metro Goldwyn Mayer, Sony Pictures Entertainment and Warner Bros. Since then, the Roku Channel expanded to also feature news programming and TV shows.” 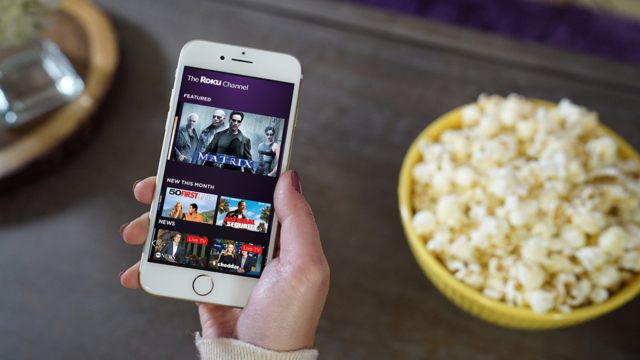 “Roku is updating the navigation on its own devices,” notes TechCrunch, “to include a new feature called ‘Featured Free,’ which will directly point users to free content from The Roku Channel, as well as other apps, like ABC, The CW, CW Seed, Fox, Freeform, Pluto TV, Sony Crackle, Tubi and more.”

The Roku Channel was launched to help Roku distinguish itself from competitors such as Amazon Fire TV, Apple TV and Chromecast. Now, for the first time, it is using its ad-supported platform to promote its own content.

“The content itself is monetized through advertising, which Roku’s in-house ad sales team is in charge of selling, with some portion going to partners,” TechCrunch explains. “The company’s goal has been to smartly place the ads to respect the content they interrupt, and not to inundate viewers with the same ad over and over again.”

Making the platform available via PCs, iOS and Android opens up major advertising opportunities for Roku (and a new option for cord cutters).

“More than any other streaming TV platform, Roku is now trying to establish itself as a source for free, ad-supported video. The big question now is whether that will ultimately come at the expense of ad-free content,” suggests TechHive.