How to advance broadcasting to its next iteration was the topic of two sessions at the HPA Tech Retreat this week, one a panel moderated by Ericsson SVP TV Technology Matthew Goldman, and including representatives from Fox, Sinclair Broadcast Group, CBS, CBC, PBS and Cox Media Group, and, second, a discussion led by former Fox Engineering President Andy Setos, with broadcast executive Jim DeFilippis joining via Internet from the Sochi Olympics.

Both panels looked at how broadcasters face the demand to carry new services and simultaneously sell or share spectrum.

With regard to the idea that broadcasters are set to reap a windfall from the sale of spectrum, Setos begged to differ. “It’s a myth,” he said. “People say that broadcasters were given spectrum for free. But when you buy a TV station, you’re buying the land right. Virtually all broadcasters have paid heavily for that land. There aren’t a lot of folks that have zero cost basis for their spectrum.”

Although most broadcasters are not embracing the idea of channel sharing, PBS VP for Technology Strategy & Planning Eric Wolf noted that it can be a choice that some may want to make. “Channel sharing is a reasonably viable option for a station that doesn’t want to go off the air but wants to make something off the spectrum,” he said.

An image of a goldfish leaping into the air from one fishbowl to the next got the attention of Dave Siegler, VP of Technical Operations for Cox Media Group. “We broadcasters are that fish, now leaping out of the water,” he said, talking about the move to advanced TV services such as Ultra HD and mobile. “We have one chance to get this right. And, if we don’t, we’re dead.”

What will the future of broadcasting look like? According to Sinclair Broadcast Group VP of Advanced Technology Mark Aitken, every broadcaster is going to have a different answer. But there will be some similarities. “The point is that mobile and fixed services are going to be important to the livelihood of broadcasting,” he said. “And 4K isn’t going to happen for broadcasting until ESPN says so.” 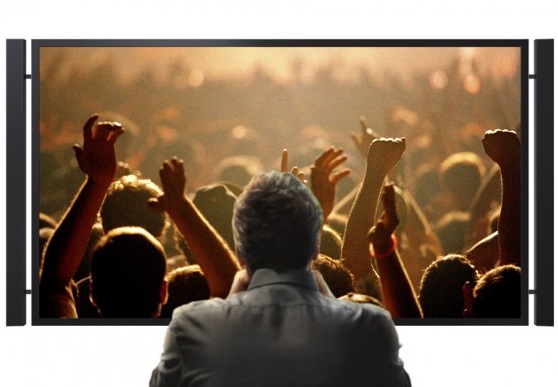 But Setos pointed out that “bigger, better pictures” don’t lead to monetization. “There was a lot of discussion that HD would be a fount of profit, but it hasn’t been for anyone,” he said. “It’s just the cost of doing business, keeping up with the Joneses.”

Setos stressed the importance of a transition plan that details new services and how the payload will be increased to meet it. He also identified a portable solution as key since “it is a crucial element of future for broadcast, to keep it relevant and what consumers are looking for.”

Despite the buzz around alternate content distributors, broadcast remains relevant, said Setos, especially during an important event. “The quintessential way of reaching everyone is via broadcast,” he said, pointing out that when the big quake hits Los Angeles, very few people would be able to get a cell phone signal but the over-the-air signal would still function.