After testing out AR face masks with selected outside developers, Facebook is now rolling out its Camera Effects Platform to any outside developer to build AR features for its in-app camera. HBO used it to build masks for “Game of Thrones” fans to become the Night King, and Lucasfilm used it so “Star Wars” fans could become Kylo Ren. With the wide introduction, we’re likely to see all kinds of AR face masks and effects. Facebook AR Studio, its AR platform, debuts this week and will be live to all in a couple of days.

Recode reports that Facebook’s move won’t impact most users right away, “but it should result in more funky face filters and AR projections coming down the road — and hopefully, stuff that’s a lot cooler and more interesting than that, too.” 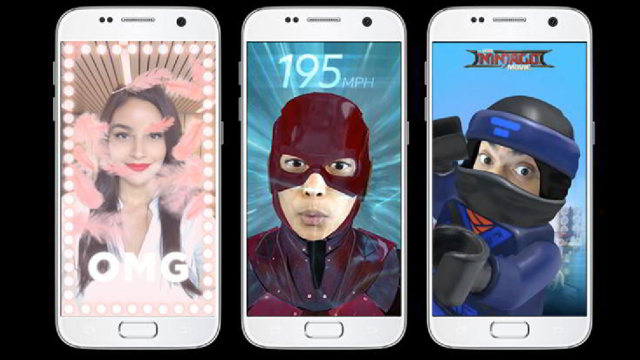 Facebook chief executive Mark Zuckerberg is focused on the promises of augmented reality, “and the company is even building physical AR glasses that will one day serve as a more permanent camera through which people will see the world.” Snapchat, of course, deserves credit for “popularizing goofy face masks people seem to love.”

Facebook’s pitch to developers on augmented reality has unique potency similar to the company’s pitch to advertisers: “We have a ton of users. If you build on Facebook, you can theoretically reach billions.” Facebook is also available on all kinds of platforms, iPhone or Android. “We’ll see over time if that pitch resonates, and whether or not people care about funky AR features in their Facebook camera.”