Television companies have been telling their investors that the slow decline of pay-TV subscribers will continue at a gentle pace. But new studies show that cord cutting has accelerated, most likely driven by an increased number of digital video services. By 2019, almost 23 percent of U.S. households are expected to have cut the cord. Among the newest services is a Yahoo app that helps viewers find TV shows from a variety of digital services and launch the titles in the smartphone’s video apps.

According to The Wall Street Journal, eMarketer has revealed some statistics — including the one above — that are likely to cause some ripples in the TV boardroom. The decreasing number of pay-TV households will accelerate for at least the next four years, hitting a 1.4 percent decline in 2019, equaling 23 percent of U.S. households. The combination of cord cutters and cord nevers will reach 20.8 million — about 17 percent of U.S. households — by the end of 2015. 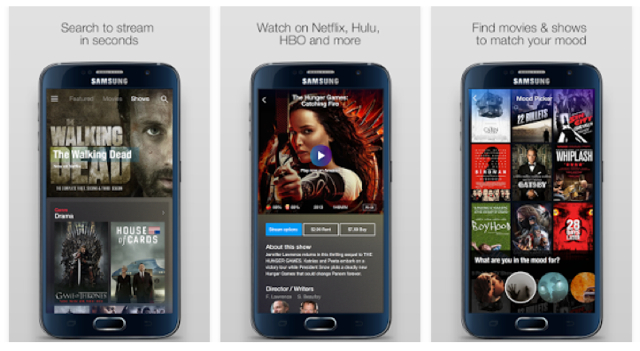 “This year, the number of digital video services expanded at a faster pace than ever before,” says eMarketer senior analyst Paul Verna, noting “standalone offerings from the likes of HBO” as well as “new digital bundles that include many of the channels consumers could only have received with cable and satellite subscriptions in the past.”

As cord cutting continues, consumers are looking for a better way to discover content on their digital video services. That’s where Yahoo stepped in, with its Yahoo Video Guide, says TechCrunch. Now available in iOS and Android, the app helps the viewer find movies/TV shows on HBO, Netflix, Amazon, Hulu and other services, including Showtime and YouTube.

Yahoo has introduced a “mood picker,” with a series of GIFs to denote moods; a GIF of two people kissing, for example, leads to romance movies. The implementation, says TechCrunch, is “a little gimmicky” and “just a different way of browsing genres.” Its chief advantage is that it analyzes which streaming video apps are already installed on the phone before customizing its guide, meaning it will never suggest you watch content you can’t actually get.