Kilar — who has already raised $77 million from Benchmark Capital, Bezos Expeditions and Greylock Partners — is betting that viewers will pay for the privilege to see Web videos before their friends and colleagues see them on established video sites such as Vimeo or YouTube. 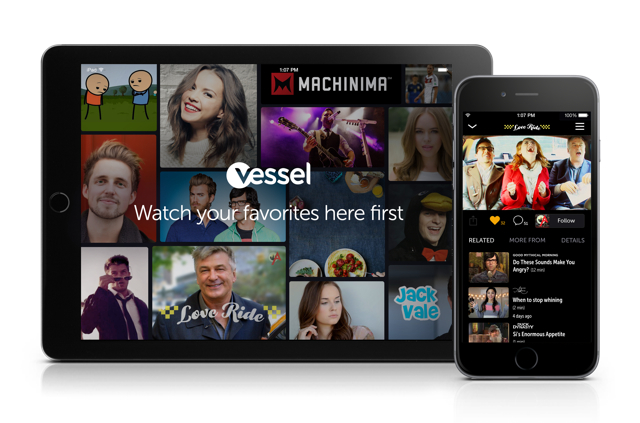 “If you think about the number of people that subscribe to paid television, you are looking at hundreds of millions of people worldwide,” he said. “I’m not suggesting we will see those same numbers but we view a future where absolutely huge numbers of people all over the planet subscribe to get great content.”

“We are building the Web’s first window,” he added. “Early access is very valuable and works well for consumers and creators alike.”

The site launched in beta yesterday on Vessel.com with the tagline “watch your favorites here first.” Vessel will also offer an iOS app for iPhones and iPads.

“The service features full-page display advertisements as well as brief, five-second pre-roll ads from the likes of Frito-lay, Corona, Chevy, and Unilever,” reports Businessweek. “Kilar contends that because the site will command a paying and highly engaged audience, it can command higher rates of around $50 per thousand viewers for some ad units, as opposed to ad rates in the single digits on other online video sites.”