In a first, CBS will live-stream all the Super Bowl ads for its February 7, 2016 broadcast of Super Bowl 50. Super Bowl sponsors will also see online hits and TV ratings coupled, which, up until now, have been separated between Nielsen ratings for TV and other means for online. CBS is also seeking a hike in the cost of placing an ad in the Super Bowl, from at least $4.5 million to $4.7 million for a 30-second spot. This represents another record price since last year when NBC asked between $4.4 million and $4.5 million. 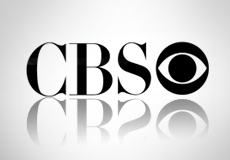 According to Variety, although some Super Bowl ads have been live-streamed in the past, it’s been a minority, stating that, “in NBC’s live-stream of Super Bowl XLIX this year, for example, just 18 of more than 70 Super Bowl advertisers chose to put their commercials online.” CBS’ move is an acknowledgement that many more viewers are watching the Super Bowl online or on mobile devices.

Vertere Group chief executive Tim Hanlon notes that, “given that splintering of viewing behavior, why wouldn’t advertisers demand that the presenting broadcaster ensure that their expensive and heavily promoted ads are seen across every viewing environment by which the game is being watched?”

The fact that viewers are increasingly watching TV programming on alternative devices has also led many broadcasters to state that they are not being adequately compensated. Variety reports that NBCUniversal chief executive Steve Burke told Comcast investors that 70 percent of the viewers of its “Tonight Show With Jimmy Fallon” are online and therefore cannot be monetized.