Nokia Technologies launched a 360-degree 3D VR camera targeted at professional content creators, and, in the process, rebranded itself. The company sold its mobile phone business to Microsoft in 2013. The new VR camera, dubbed OZO, which was unveiled in Hollywood and is slated for a Fall 2015 release, features eight lenses, each of which captures 2Kx2K resolution, and eight microphones to capture and create spatial audio. Nokia also plans to enable live broadcasting to VR headsets.

Professional filmmakers have found previous VR camera systems difficult to use, and Nokia’s OZO is designed to mimic a workflow familiar to seasoned content creators. The Verge states that the camera will be priced “in the mid-five figures,” and will offer live monitoring and rapid playback of low-res imagery without stitching. The spherical OZO can also be mounted on a tripod. 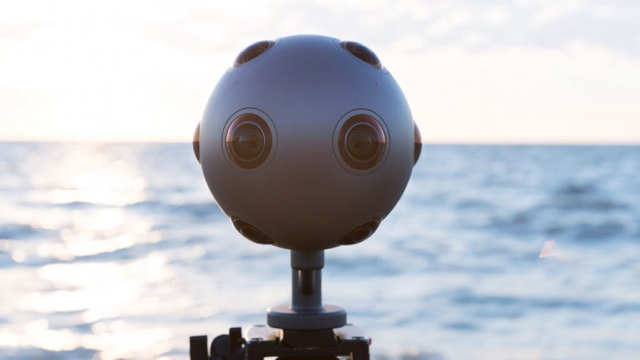 Sid Ganis, a past AMPAS president, also produced a clip, and Fox futurist Ted Schilowitz offered expertise in the development process. Jaunt Studios also became a partner, and will offer the camera at its studio and help develop its production workflow.

Nokia will soon have more competition in the space. GoPro has announced it is building a spherical camera mount and a 16-camera system designed for use with Google Jump, and Jump has stated it will become an ecosystem for VR filmmaking, notes THR. Samsung is also building a VR camera rig.