The BFGDs are expected to be available by summer, but pricing has not been revealed.

In its hands-on review, an Engadget reporter played “Destiny 2” on HP’s version of a BFGD, describing the experience as “almost indistinguishable from high-end gaming monitors.” 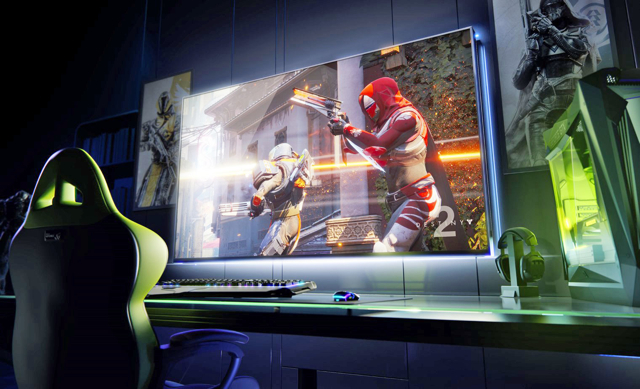 “The image was bright, with strong HDR highlights (it supports up to 1,000 nits). Colors also appeared detailed and vibrant, thanks to its full DCI-P3 gamut support. Mostly, though, I was impressed with how smooth ‘Destiny 2’ felt.”

The reviewer dispelled concern regarding the decision to go with LED tech in today’s era of OLED, noting that the BFGD is “still among the best LEDs we’ve seen,” adding that the display “features panels from AUO with quantum dot enhancement, like Samsung’s QLED lineup.”

The only potential downside (besides cost), is whether “they’re actually better options than a traditional 4K TV. For one, Nvidia’s sets don’t have Dolby Vision, which means you won’t see some HDR movie releases at their best.”