Figure Digital’s Panopticam camera system was designed to bring film exhibition and virtual reality together, offering viewers a full 360-degree sphere of vision. The bumble ball-like device features 36 high definition cameras mounted into a 3D printed spherical case that stands on a tripod. A custom-built editing plugin for Adobe After Effects stitches together the captured video footage so it can be played back in the immersive environment of a VR headset such as Oculus Rift or Morpheus.

“This isn’t the first time this idea has been used,” reports Pocket-lint. “David Attenborough is currently shooting a documentary, ‘Conquest of the Skies,’ using a rig of eight cameras that will film in 360-degrees. That show will be released for the Oculus Rift.” 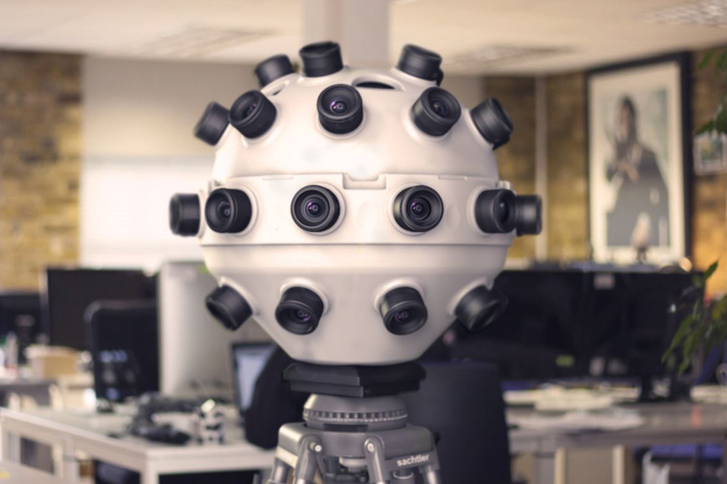 And Jaunt has its own cinematic VR solution, including a device that looks very similar to the Pantopticam. The Palo Alto-based startup has raised $7 million to produce VR movies.

“Money appears to be there, but will these films catch on?” asks Pocket-lint. “3D glasses have proven to be too much for most to bother with. A bulky headset for anyone other than gamers might not sound too attractive. Especially as a means to try and watch something that you might end up missing while looking at the wrong part of the ‘screen.’ That said this is a burgeoning technology that could be slimmed and improved for an exciting new way to watch films in the very near future.”

Still in development at the company’s London studio, no release date has been announced for the Panopticam.