For Apple iPhone users looking forward to augmented reality, there will soon be another option to looking at images on the phone’s screen. Due to launch later this year, the Mira Prism, which looks like a sun visor or welder’s mask that fits over the user’s head, will reflect AR’s 3D images in front of the user’s face — and only costs $99. The visor comes from Los Angeles-based company Mira, founded by students from the inaugural class of USC’s Jimmy Iovine and Andre Young Academy for Arts, Technology and the Business of Innovation.

According to CNET, Prism is “a little like Google Cardboard for augmented reality … at a higher price.” Mira founders Ben Taft, Matt Stern and Montana Reed have already received additional funding from will.i.am and Salesforce chief executive Marc Benioff. 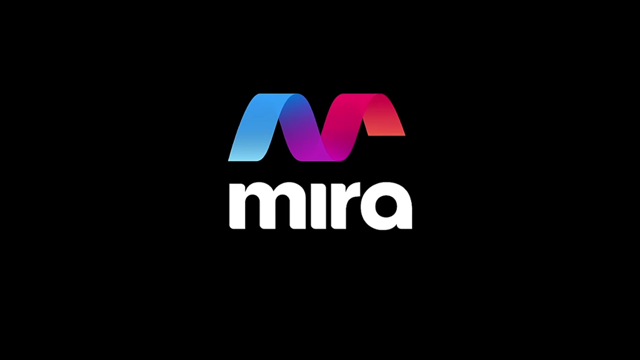 Prism works by popping the iPhone into the headband’s elastic bands; “a large mirrored visor reflects the phone’s stereoscopic images, turning them into floating three-dimensional, but virtual, objects.” A “long elastic tether” connected to a “handheld wand-remote” allows the user to control the 3D images.

Mira’s founders are focused on “more affordable accessories for AR kits and games,” with an emphasis on multiplayer experiences that allow several people to “play with the same AR experience.”

“The headset will be on sale ‘in time for the holidays’ and comes out for developers this fall, but so do Apple’s augmented reality platform, ARKit, and the new iPhone,” notes CNET. “ARKit is already enabling some shockingly impressive tech demos and requires no headset at all. According to Mira’s founders, that’s fine: The goal for the Prism is to have apps take advantage of ARKit to make its future apps look even better. A software development kit and Unity compatibility will make apps easier to make.” 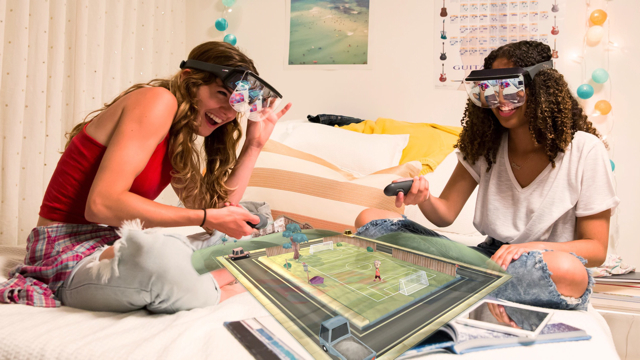 Mira Prism is likely to compete with “a wave of novelty AR devices for phones in the next year,” and “Disney’s already making its own AR/mixed reality headset with Lenovo.” It also faces the challenge of Apple’s phone AR, which “already promises to be really good, and will likely work with tons of apps.”

As CNET says, “the Mira Prism, if nothing else, proves that affordable AR headsets are coming … if Prism can open the doors to headset-enabled phone apps, however, Mira could be onto something.”