At CES this week, Sony announced the development of a 4K Ultra Short Throw Projector that has the ability to cast a 4K Ultra HD image up to 147-inches diagonally. Housed in an attractive credenza with built-in speakers, no special wiring is required. The unit is simply placed against a bare wall and the image is then “thrown” directly above it, as opposed to across the room. Expected to launch in the U.S. by summer of 2014, a prototype was demonstrated at the Sony booth.

With a furniture-like design, the company is targeting new entertainment experiences in the home. “Users can enjoy entertainment content without the restrictions of frames, boxes, or screens by utilizing space itself,” suggests the press release. 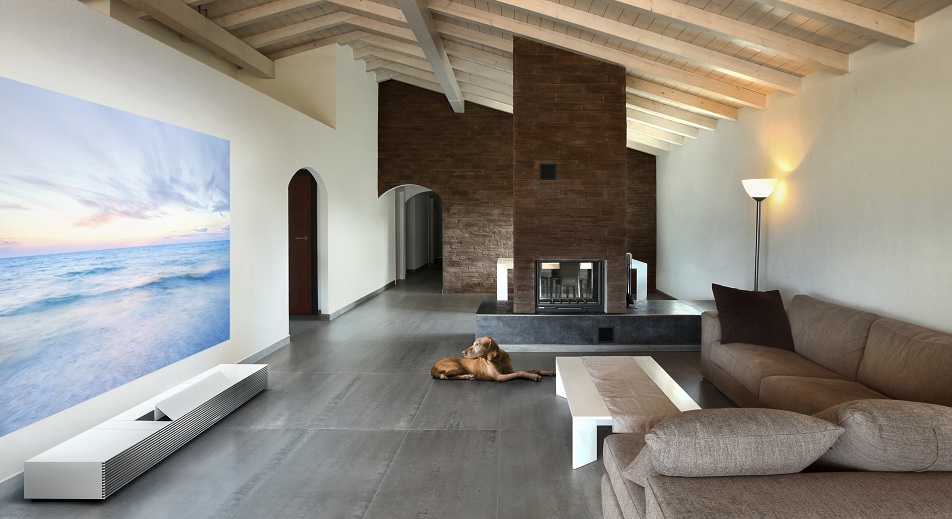 “Movies, video games, sports and photographs take on an air of realism, turning what was once a blank wall into a large as life ‘entertainment window.’ The beauty of the new projector is that it requires no special tools or construction to install and operate,” notes the release. “Simply set it right next to a wall that would not yield any shadows of people into a screen, and plug it in to enjoy immersive, large screen, 4K Ultra HD images.”

However, at approximately $30,000 to $40,000, the 4K Ultra Short Throw Projector will likely be out of range for most families.

Other short-throw projectors are also expected to be available this year, including the $9,000 LG Hecto, which we first saw at CES last January, and the $2,000 Philips Screeneo (however, neither are 4K).