Will Wearable Tech Have a Future in Entertainment Media?

Even a cursory look at the news coming out of CES makes it clear that wearables have garnered a lot of the buzz. Smartwatches, augmented reality headsets, digital health solutions and fitness tracking monitors are all the rage here. What’s not clear is if wearables will ever intersect with the entertainment industry. Although the question itself may seem risible, it’s worth remembering that most people dismissed the mobile phone as an entertainment device only a few years ago.

Today, nobody is talking about wearables as entertainment devices, but that doesn’t mean that they won’t be one day. Are wearables ready for use in the entertainment space? The short answer is, no… and probably not any time soon. 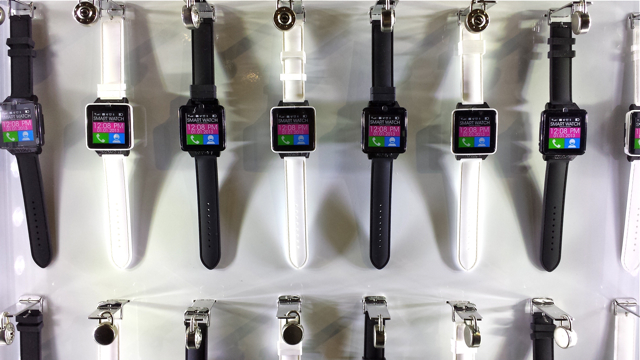 The product category of wearables is booming now due to a revolution in sensor technology. MEMS (micro-electromechanical systems) are the tiny sensors that enable motion to be translated into digital information and miniature microphones to improve speech recognition accuracy.

But the MEMS industry is still in its early stages; the technology’s current capabilities are most readily applied to fitness trackers (hence the Fitbit and its many competitors) as well as dozens of health and medical applications under development. Battery life, computing power and form factors are other limiting factors.

Still, the wearable community is enthusiastic about its prospects for the future. In a closing keynote address, David Schie, CEO of Linear Dimensions Semiconductor, predicted, among other things that “the smartphone will one day seem so yesterday.”

“It’s going to go away,” he asserted. “We believe those features will disseminate to other devices. Passwords don’t need to be typed if the devices is on your body.” He admitted, however, that “we’re in the first generation of wearables… and it’s not a very exciting first generation.”

Flexible displays, materials that can change their shape, and micro-needles are some of the technologies coming down the pike that can help wearables assume new form factors and capabilities. New sensors will open up new arenas, and sensor “fusion” will enable multiple sensors to work in tandem for more sophisticated activities.

Wearables may also play a role in transmedia applications, in which users/viewers engage a storyline on multiple platforms. What will this look like? Nobody knows, but Hollywood is nothing if not creative; wearables is just another platform to consider for the future of engaged and engaging storytelling.