Google just released ARCore, software to enable developers to more easily create augmented reality apps. The company took its first step into augmented reality in 2014, when it introduced Tango, its 3D mapping system. But it had a hard time getting Android phone makers to make the necessary hardware upgrades to foster widespread AR adoption. Google now hopes that, rather than expensive hardware upgrades, developers will be more enticed by its software solution for allowing apps and sites to track physical objects and overlay them with virtual images.

Bloomberg reports that, “ARCore will be available for developers to preview on Tuesday with Google’s own Pixel phones and Samsung Electronics’s S8 smartphone.” The software will be fully launched, with more Android devices, this winter.

“We have a path to getting this on north of 100 million phones very quickly,” said Google VR/AR head Clay Bavor. Rival Apple is making its own AR software, ARKit, available “on about half a billion iPhones and iPads later this year.” Google “imagines a broad array of applications for its AR technology,” and “has also hinted at commerce uses,” with trials using Tango for BMW and Gap virtual showrooms. 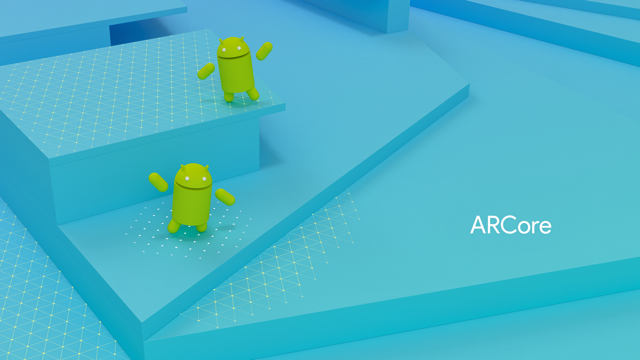 Although “Tango’s specialized cameras and depth sensors give it more capabilities than ARCore and Apple’s ARKit,” Google says ARCore offers “light detection and the ability to place and manipulate virtual objects easily on real surfaces, that come close to matching Tango’s abilities.” The key challenge is to “convince Android software creators and device makers to adopt its software.”

Whereas Apple can “easily roll out software updates for a billion-plus devices,” Google has to deal with numerous Android and smartphone partners. Still, Android engineering vice president Dave Burke is confident that, “rivals like Facebook and Snap will adopt the tool for their Android apps, along with other companies that haven’t tinkered with the nascent tech yet.”

Google’s blog states the company is “targeting 100 million devices at the end of the preview,” and “working with manufacturers like Samsung, Huawei, LG, Asus and others to make this possible.” ARCore “works with Java/OpenGL, Unity and Unreal and focuses on three things” — motion tracking, environmental understanding and light estimation.

The company has also invested in apps and services to support AR creation. “We built Blocks and Tilt Brush to make it easy for anyone to quickly create great 3D content for use in AR apps … [and] we’re also working on Visual Positioning Service (VPS), a service which will enable world scale AR experiences well beyond a tabletop.” Google will also release “prototype browsers for web developers so they can start experimenting with AR.” Google encouraged feedback via GitHub.