Google Debuted AR First, But Apple About to Take the Lead

Alphabet’s Google began releasing augmented reality tools in 2014, but Apple now plans to put AR software in up to one billion mobile devices by the end of 2017. That is nearly certain to give Apple an advantage, since the company’s ecosystem will easily integrate devices and software. Google, with its Tango AR software system, has put AR in the Lenovo Phab 2 Pro and Asus ZenFone AR smartphones. Apple also just introduced its ARKit, which lets developers build AR apps for iPhones and iPads.

Bloomberg reports that, according to the Goldman Sachs Group, VR and AR together “could be worth as much as $182 billion by 2025.” 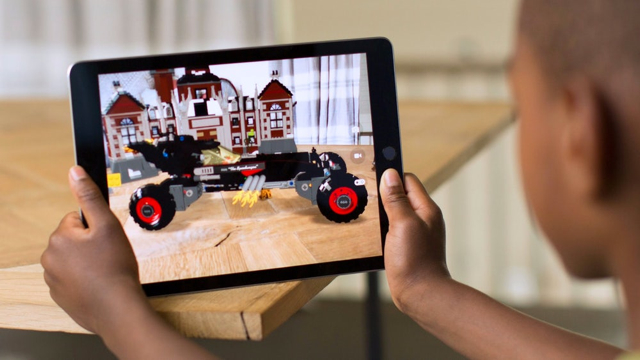 Google’s move to put AR in phones has been hampered by the fact that it “requires infrared depth perception sensors,” whereas Apple’s ARKit “uses the iPhones existing hardware, such as the camera and gyroscope.” Apple also has the advantage of designing both hardware and software, which means that 86 percent of its mobile devices are running the latest iOS software.

“When they make it available, my apps will be in millions of phones,” said AR program developer Alper Guler.

Google’s main problem in moving forward with AR is that, “when it updates its Android mobile operating system, hardware makers and cellular network operators are often slow to send the new software to phones,” resulting in a mere 11.5 percent of its 2 billion active devices running the latest Android OS.

Google reports that seven different versions of Android are currently running on mobile devices. That means an app developer would have to “test and optimize AR apps for so many different devices with varying display resolutions and performance capabilities” as to make it impractical. With its Project Treble, Google launched a version of Android designed to “make it faster and cheaper for manufacturers to update devices.”

Meanwhile, if only half of Apple’s users download iOS 11 this fall, that means 500 million iPhones and iPads will have ARKit, creating an instant market for developers.