Facebook will debut a cheaper wireless version of its Oculus Rift VR headset in another attempt to bring virtual reality to the masses. The current Oculus Rift costs $400 and must be paired to a $1,000 computer to work properly, whereas Samsung’s Gear VR goes for $130. The new Oculus headset from Facebook, which will sell for a mid-range price of about $200, will also not need to be hooked up to a PC or smartphone. The headset, expected to release in 2018, is aimed at gaming, video and social networking.

Bloomberg reports the new headset, code-named Pacific, “resembles a more compact version of the Rift and will be lighter than Samsung’s Gear VR headset.” Facebook chief executive Mark Zuckerberg, at the Oculus developer conference last year, described just such a “sweet spot” for a VR headset. The device’s “design and features aren’t finalized and could still change.” 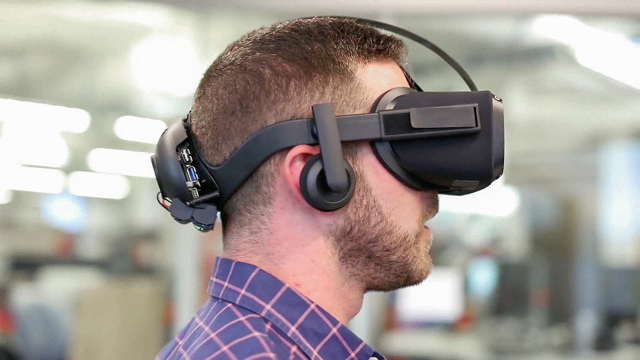 Oculus spokesman Alan Cooper said, “We don’t have a product to unveil at this time, however we can confirm we’re making several significant technology investments in the standalone VR category.”

According to sources, Facebook is working on another device, code-named Santa Cruz, which is “basically a wireless Rift, with the full power of the original device sans PC.”

New head of Oculus products Hugo Barra was previously a Xiaomi executive, and sources say Facebook “has plans to enlist China’s Xiaomi and its network of contract manufacturers to produce the new headset for global distribution.” A custom version for the Chinese market will “feature Xiaomi branding and run some Xiaomi software applications.”

Facebook reportedly plans to “begin briefing content makers, such as video game designers, on the device by October so that the product’s application store could launch with compatible games,” and “the downloads store will be re-written and accessible from the virtual reality interface itself.”

According to IDC, the market for VR headsets is still very small, with first-quarter shipments of 2.3 million devices, “compared with 347 million smartphones.” Samsung dominates with “about 22 percent of the global VR market,” said IDC, and “Facebook’s Oculus Rift is in fourth place, behind Sony and HTC, with about 5 percent of the market, or less than 100,000 units sold.”