Although Super Bowl 50 was broadcast only in HD, now media outlets are beginning to deliver live sports in 4K Ultra HD. AT&T’s DirecTV says it plans to deliver as many as 25 MLB Network games live in the new format this year, although its 4K Ultra HD will not feature high dynamic range (HDR). Sony reports it just accomplished a 4K Ultra HD (with HDR) test broadcast on a February 10 soccer match between Mexico and Senegal, in Miami’s Marlin Park. Last year, about 6.3 million UHD TV sets shipped in North America.

Variety reports that research firm IHS expects last year’s UHD set shipping numbers to double this year to 12 million units. On April 15, DirecTV’s first 4K baseball game — which will be the first-ever live 4K UHD telecast of an MLB game in the U.S. — will feature the L.A. Dodgers and San Francisco Giants in the MLB Network Showcase. 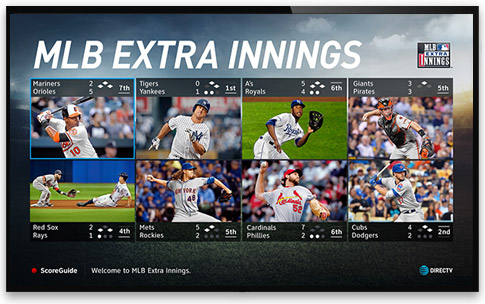 The MLB games are just the latest in a series of “firsts” for DirecTV’s 4K delivery, having been the first to deliver 4K UHD VOD programming in November 2014, the first live sports 4K UHD broadcast in the U.S. with the Amen Corner from the Masters golf tournament, and the first to launch full-time 4K channel travel shows, nature documentaries and original series.

According to Forbes, viewers who want to watch the MLB games in 4K UHD need a DirecTV Ultimate or Premier package subscription, the latest DirecTV Genie HD DVR (HR54), and either a DirecTV 4K-ready TV or compatible 4K TV with HDMI 2.0 port, HDCP 2.2 support and the capability to play 4K at 60 fps, connected to the latest 4K Genie Mini.

The debut game is part of Sony and Univision’s 4K streaming trials that began early in 2016; more trials are scheduled, including the Copa America Centerio final. The NeuLion platform will enable the games to be monetized, although what form that will take isn’t yet clear.

“What makes 4K so exciting is how it enhances the experience for our fans and how we can boost their passion for our sports in a truly immersive way,” said Univision Deportes executive Olek Loewenstein. “With 4K, the fans are closer than ever to the insider experience.”