Billed as, “professional grade motion capture without cameras, cords, or specialized studios,” YEI Technology is promoting its PrioVR suit as the next step in full-body immersion. The 17-sensor, inertial sensing suit can be put on with minimal effort and promises to offer 360 degrees of low-latency, wireless motion capture. The system offers a great deal in terms of virtual reality gaming, but could also make waves for independent cinematographers looking for low cost motion capture.

Bucking the current trend of camera or optical-based systems like Microsoft’s Kinect, YEI Technology is hoping to avoid some of the limitations of those systems. An on-body, suit-styled system like the PrioVR has inherent advantages for virtual proprioception in that it can process multiple inputs from a variety of sensors located at key positions. 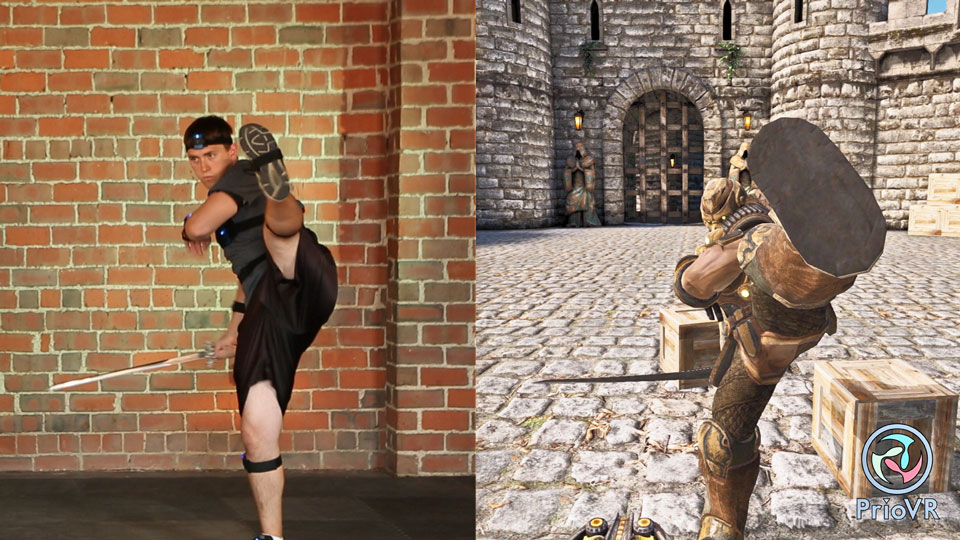 YEI’s offering has four different sensor types at each capture point that feed location data to a centralized hub on the system’s vest for processing. A single stream of position information is then wirelessly transmitted to the gaming machine, adding no more processing load than a traditional controller.

The pinnacle of virtual reality would be to combine this type of suit with an omnidirectional treadmill, like the Virtuix Omni, and a VR head-mounted display, like the Oculus Rift. A multi-faceted system like this would provide a truly immersive experience, allowing you to move in any direction, have the entirety of your body’s motion be captured and, once interpreted, fed directly back to your eyes in a realistic, 3D environment. At this year’s International CES, it certainly appears as though it is all finally coming together for VR.

An interesting side-effect for indie cinematographers, however, is that this system could provide a viable, low-cost alternative to traditional motion capture systems that usually carry price tags in the $80,000 range. YEI is currently offering its motion capture version of the suit for around $4,000, but that price could drop further with the introduction of the PrioVR.

A consumer version of the PrioVR that is ready for gaming out-of-the-box is slated for a summer release with a price tag under $400.