Viacom International is getting ready to debut Viacom Play Plex, a suite of apps for all its major brands, for iPhone and Android smartphones and tablets. Viacom Play Plex, which will be available in the company’s 180 international territories, will offer live and on-demand content from Comedy Central, MTV, Nickelodeon, Paramount Channel, Spike and BET. The suite of apps allows the company to make a significant move into the burgeoning mobile TV world. Viacom had previously launched a Nickelodeon app in 2013.

The Nickelodeon app, which rolled out to the U.S. and five international markets, got enough traction to inspire Viacom executives to expand the app offering, says The Hollywood Reporter. Research by Viacom and others has shown that consumers think mobile TV adds value to pay TV subscriptions, making them more likely to stay with providers offering it. 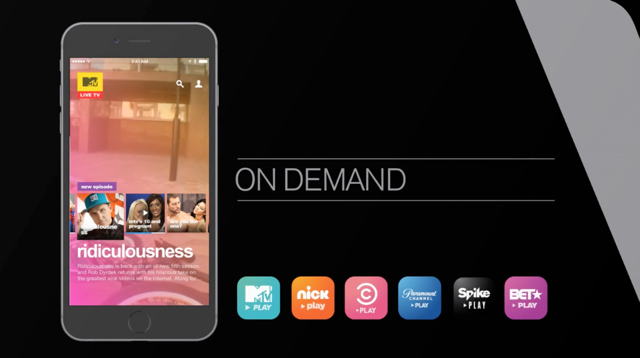 Viacom plans to market Play Plex to pay TV partners, as a suite of apps or specific brands, to be integrated into their TV Everywhere services. But new outlets are also appealing.

Each app will offer live, local TV streams as well as on-demand content, with a video-centric interface, enhanced video player and social/sharing elements. Each app will be localized in terms of language and available content for each international territory. In the future, Viacom could add advertising and e-commerce.

“The goal is to get consumers into video as quickly as possible,” says Viacom International Media Networks executive Dan Reich. “Consumers want easy access to video, and so video is already playing when you enter the apps.”

Because Viacom spends more than $4 billion a year on original content, it has a big bucket of programs to pull from. “We own and control a lot of rights,” Bakish says. “So with the launch of such a product, we have a significant advantage.”