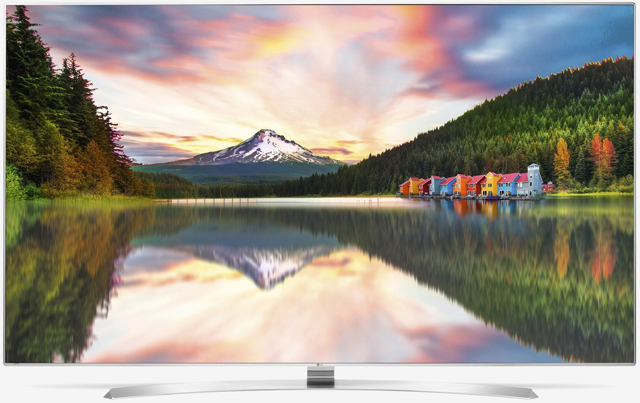 “We are the only company with a dual strategy focused on both OLED and UHD TV technologies and this is proof that we’re committing to delivering the most advanced picture quality and home entertainment innovations to consumers around the world,” said Brian Kwon, president and CEO of LG’s home entertainment company.

According to the release, “True Black Panel is a proprietary technology that minimizes reflections and enhances contrast ratio for a more comfortable viewing experience while Contrast Maximizer delivers more depth and contrast by separating objects from their backgrounds.”

The company is emphasizing “HDR-Plus” capability, which improves contrast by combining LG’s Color Prime Plus with the company’s Ultra Luminance tech. Color Prime Plus uses a filter in its effort to replicate cinema-quality color.

“That’s a lot of marketing speak,” notes The Verge, “but in other words, LG wants you think that its HDR is better than everyone else’s. Granted, it appears LG and other TV manufacturers have decided not to use Dolby’s stunning Vision specification, which could become the standard down the line.”

LG’s new Super UHD TVs will be on display this week at LG’s booth in the LVCC Central Hall (#8204).