AT&T to Discuss Smart Cities Initiative and Partners at CES

AT&T plans to reveal details regarding its “smart cities” initiative during CES 2016. The company is making a major push to turn traffic lights and other city objects into new tools for reducing expenses while efficiently managing congestion and energy. Telecoms are starting to work with municipalities to leverage data collected from sensors positioned throughout cities to help drivers find parking spaces or clear driving routes, for example. According to AT&T Mobility CEO Glenn Lurie, partners in AT&T’s initiative will be introduced in Las Vegas this week.

“The presentation is part of the telecommunications giant’s broader plan to diversify its business portfolio, a strategy that includes putting wireless access into all manner of devices as well as its expansion into Mexico and purchase of DirecTV,” reports Re/code. 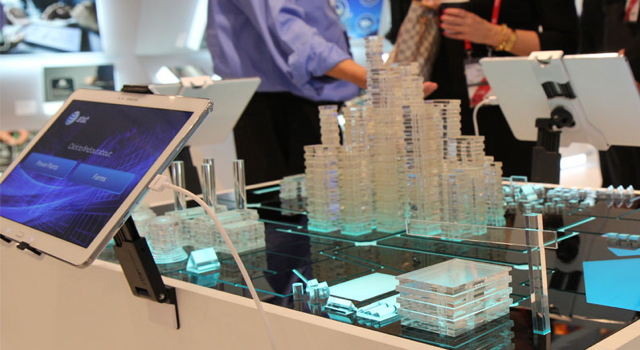 AT&T announced in September that it had “formed a dedicated Smart Cities Organization to further expand its leadership” by committing “resources and IoT expertise to create game-changing solutions for cities.”

The move is important for companies such as AT&T that offer wireless phone services and find themselves in a business not as lucrative as it was in the past, now that most customers already have smartphones and carriers must compete in an ongoing price war.

“The smart cities sector, which includes everything from revamping the energy grid to digitizing government processes,” notes Re/code, “is estimated to be a $1.5 trillion market by 2020, according to consulting firm Frost & Sullivan. AT&T will likely play in a few areas of the concept, including lighting, parking and transportation.”

In addition to revealing its smart cities plans and early partners, AT&T is expected to announce new deals with automotive partners. Lurie says that cars are a significant focus for the company, which already provides nine of the top 16 automakers with wireless services.

Lurie tells Re/code that wearables, including smartwatches, are another area of focus for AT&T.

Related:
AT&T Confirms It Is Doing Away With Two-Year Phone Pricing for Consumers, Re/code, 12/30/15