Innovid and Cisco Team Up to Deliver Ads to Second Screens

Innovid, a Sequoia-backed video ad company, announced that it is working with Cisco to bring advertisements to smartphones and tablets based on TV shows that viewers are watching during a specific moment. Cisco is able to do this by working with cable companies to analyze a TV show’s content, and pull keywords from that content, and show ads in the providers’ apps that are relevant to those keywords. While no cable partnerships have been announced, the companies are showing the tech at CES.

According to TechCrunch, this type of advertisement will become more important as second-screen activity becomes more popular, especially since viewers may be busy with their phone or tablet as traditional commercials air. 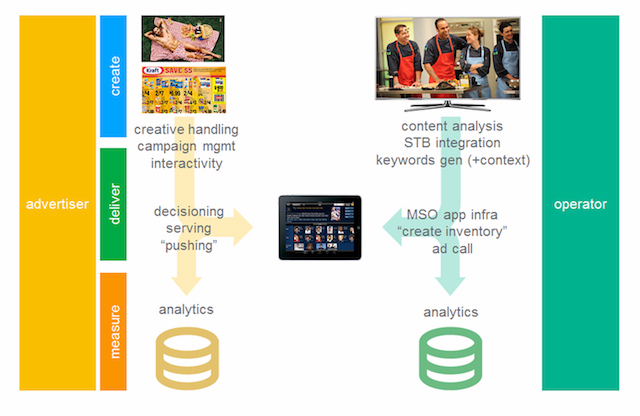 Early versions of this concept were shown by Shazam, which can deliver content based on identifying TV ads. However, Innovid and Cisco’s system has the ability to work with large-scale campaigns. If someone did not have the cable provider’s app open, Innovid/Cisco could still send a push notification with exclusive content or an exclusive offer.

While partners and availability of this product have not been released yet, they are hoping to launch in the first half of the year or the beginning of Q3, reports TechCrunch.