Google’s Pixel and larger Pixel XL are “the first phones that were conceptualized, designed, engineered and tested in-house,” according to Bloomberg. The phones “feature a Siri-like virtual assistant, flashy camera features and are the first to boast Android’s new Nougat 7.1 operating system.” 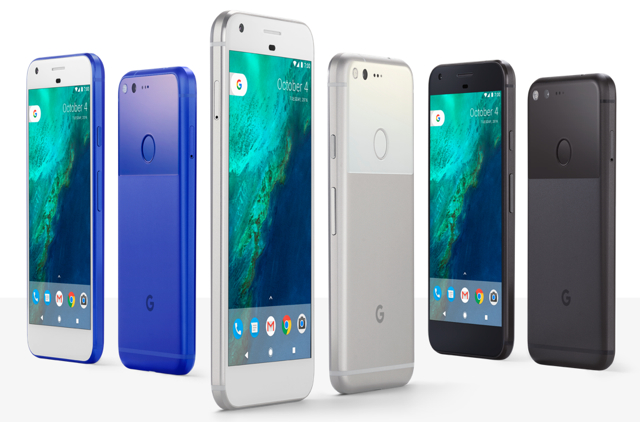 While the company may risk alienating partners such as LG and Samsung that offer Android phones, Google seems to be adopting the Apple approach of offering “a unified portfolio of consumer electronics products that show off its services better than partners can.”

Google also introduced the first devices in its Daydream VR lineup. The light and flexible Daydream View slides into the headset and automatically pairs via NFC tech. 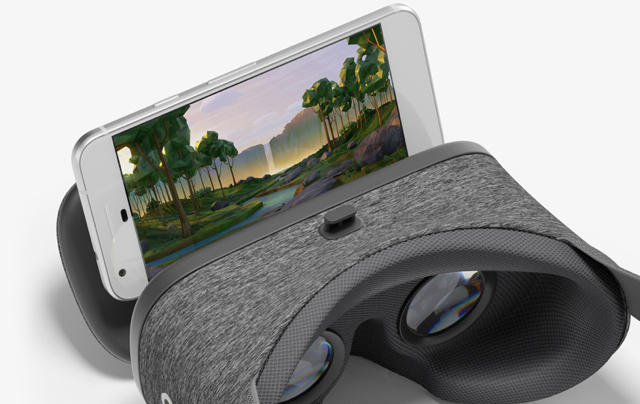 “They also automatically orient to one another, so it won’t matter if you slide the phone in a quarter-inch off to the left,” notes Wired.

The goal is a more seamless and comfortable process. “Daydream interaction occurs through the controller, a pebble of a thing that feels like a mashup of the tiny Apple TV candy bar and the Wiimote… You’ll mostly swipe, slice, throw, and swing; the controller features a trackpad and two buttons, but the motion sensors inside are what really give it power.”

Additional evidence that Google is becoming a serious hardware brand can be found with its Chromecast line (the company has already sold 30 million units).

The new Chromecast Ultra, priced at $69, “now supports 4K content in both Dolby Vision and HDR 10 formats,” says Wired. Designed to stream Ultra HD content from services such as Google Play Movies, Netflix, Vudu and YouTube, “its streaming speeds are about two times faster than its predecessor, and it has an Ethernet port in addition to Wi-Fi connectivity.”