Vizio is launching a SmartCast TV set and several soundbars and speakers, all based on Google Cast, the same technology as that company’s Chromecast streaming stick. With the SmartCast TV, the user can control streaming services directly from his or her phone, without a remote control. Vizio just introduced a companion Android app on Google Play that will allow volume control and other basic functions as well as a movie/TV show guide. One partner in the launch is Walmart’s video service Vudu.

Variety reports that, although Vizio has not announced dates for the new product releases, the release of the app and leaked pricing information from online stores “suggest that the announcement is imminent.” The app, called Vizio SmartCast, also “integrates directly with some third-party services to make it easier to cast media to the TV set.” 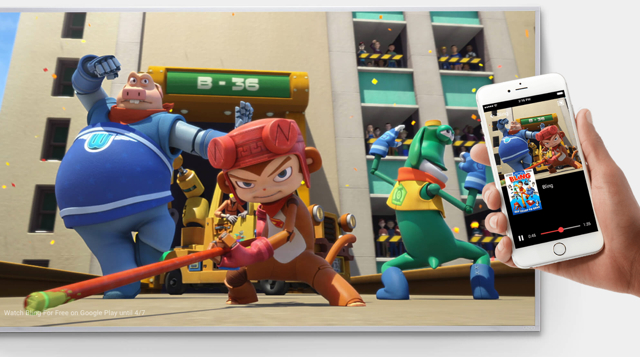 In addition to content from Vudu and radio streaming service Vadio, SmartCast TV owners can link the app to pay TV services — so far only Dish and DirecTV — to access network programming. Hulu and Netflix don’t appear to be options.

It’s not yet clear how many Vizio devices will launch with Google Cast functionality. The app page mentions the “2016 SmartCast P-Series UHD Home Theater Display” TVs, and Home Depot, among other stores, “also list models from Vizio’s E-Series as SmartCast-capable.”

With regard to its smart TV operating system, Vizio previously used Yahoo’s Internet Apps and then, more recently, moved to Opera. Neither was a successful choice in an environment that has favored streaming devices such as Roku, Apple TV or Chromecast.

Variety notes the implications for both Vizio and Google. With an apparently broader range of SmartCast TVs, Vizio “may be moving more broadly towards Google Cast.” Vizio’s choice may also be “an important indicator” that Google may find more success with Google Cast — which it previously reserved for Chromecast — than the Android TV platform it’s been encouraging TV manufacturers to use.

“Vizio’s new TVs suggest that this may be changing, and that Cast may be key to Google’s future in the living room,” notes Variety.

Related:
Remote, Controlled: How Vizio and Google Radically Reinvented the TV, The Verge, 3/22/16