On March 21, the NBCUniversal-owned cable network E! debuted a daily live talk show — “Live From E!” — on Facebook Live. The show, which runs 15 to 20 minutes each weekday at 12:30 pm Eastern time, is shot with an Apple iPhone 6s Plus smartphone, and is also available on eonline.com and the E! Online app. The show represents a success for Facebook, which has been pitching TV networks, media companies, sports leagues (including the NFL) and celebrities to bring premium live content to its streaming service.

Variety reports that “about 9 million people have liked E!’s Facebook page,” and that E! has “generated more than 55 million video views on Facebook.” 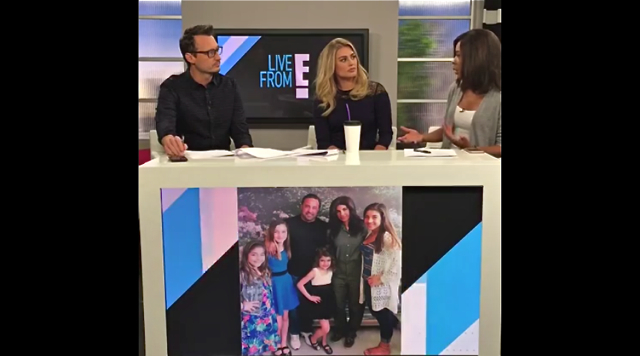 “We are looking to expand our offsite video platform by leveraging the best and newest technology available in social,” said E! News and Digital executive John Najarian. “By innovating the ‘Live From E!’ series and simulcasting it on the Facebook Live platform, we will continue to bring our viewers the great breaking news content and topical discussions they have always loved about the franchise, while also not sacrificing engagement and production quality.”

Saying that “Live from E!” has been “completely redeveloped for Facebook,” E! reports that the E! News hosts speak directly to viewers and that it is “optimized for the single-camera Facebook Live viewing platform.” Also new is the set’s desk, now a better fit for screen sizes, and a 60-inch monitor that now lets E! place the hosts in the same shot as B-roll, stills, commentary, questions and graphics.

Viewers will be able to participate live with the show by submitting questions or comments to the show’s Facebook page, which will then be addressed on-air during the broadcast. Among the topics on the show thus far are Taylor Swift’s photos with her boyfriend Calvin Harris; Ben Affleck and Jennifer Garner’s breakup; and Gwen Stefani’s new album, “This Is What the Truth Feels Like.”

Variety also notes that Facebook, which is “among the bidders” for the online rights to the NFL’s “Thursday Night Football,” isn’t the only social media company going after media deals. Twitter’s own live streaming service, Periscope, recently ran an exclusive full episode of Comedy Central’s @midnight, a special from SXSW.