Facebook is now promoting Live — via advertising campaigns in the U.S. and U.K. on TV, Internet, billboards, and buses — as an ideal way for the ordinary user to show off a talent or express an opinion. Currently, Live streams, which have grown four-fold since May, have come from all seven continents and even outer space, and boasted three-times longer view times and ten-times the number of comments as ordinary videos. With increased Live content, Facebook competes with YouTube Live and Periscope. Meanwhile, Instagram is also getting into the game.

TechCrunch reports that, in contrast to Facebook’s first campaign to promote Live, the new one is “much more direct, comprehensible, and authentic,” offering examples of what a user could broadcast. 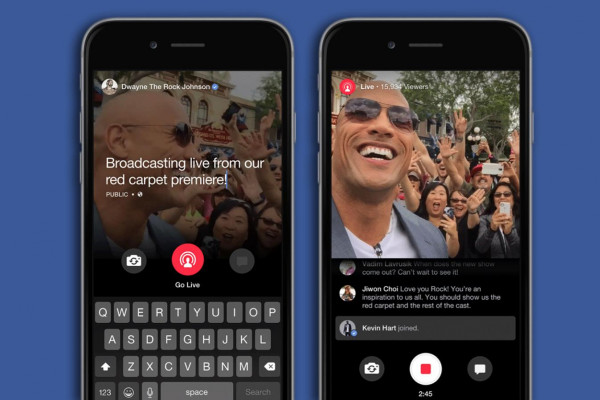 According to Facebook chief marketing officer Gary Briggs, “all of the content for the campaign — every video, every image — was shot using Facebook Live on a phone.” Facebook is “planning to pay more than 140 news publishers and influencers a total of over $50 million to use Live,” which “successfully seeded the concept of Live streaming on Facebook.”

The Verge says Instagram is apparently also embracing live video, reporting that “a Russian news site shows live functionality embedded into Instagram stories, with a bold ‘LIVE’ banner on what is apparently a live video appearing at the front of the stories feed.” Russian publication T Journal “shows the user interface for going live … which includes a giant red button reading Go Insta!”

“It’s easy to imagine opening Instagram and browsing a series of live channels to see what they’re broadcasting at any given moment,” says The Verge. “Facebook believes that fully immersive live experiences are the future … and it sees live video as a bridge to get there,” including “a way to attract spending from the lucrative television advertising market.”