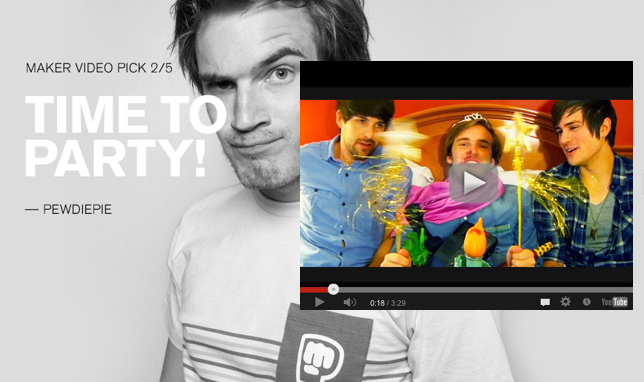 Maker Studios wants to take on small YouTube channels and help them grow. The company’s Fast Partnership Flow is a Web-based sign-up process for qualified content creators — YouTubers with regular, sustained 1k-10k viewership. (It is basically a contract app to simplify the sign-up and review process, minimize negotiations and rapidly scale their talent base.)

Channels of any size within Maker Studios benefit from their business development efforts, extensive Maker-proprietary and YouTube audience analytics tools, Maker’s relationships with advertisers and distribution platforms beyond YouTube, and cross promotion within the Maker universe of channels.

The most successful Maker channels, the Hub channels, get personalized guidance and feedback. Content creator contracts are typically one year long. Revenue share is a mix of ad dollars, distribution fees, and other elements that they cursorily mentioned.

Maker Studios is working to develop a standalone brand identity. They don’t want to be over-reliant on their relationship with YouTube.

Aside from Polaris, their newly announced “gaming and geek culture” brand, they are establishing a “mom” brand (which the talent manager described as more like a “big sister and safe confidant” brand) and a few others. Their core demographic is 13-34 year olds, but that will broaden as they add and grow verticals. 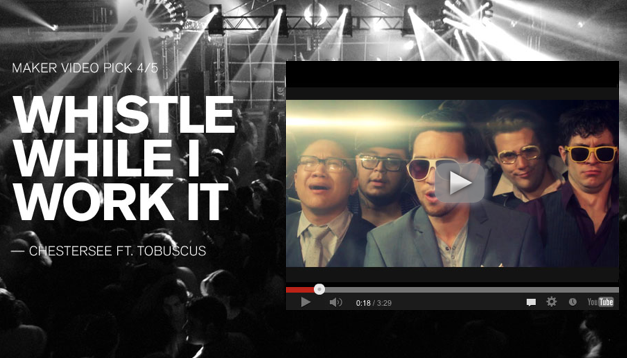 They have about 350 permanent employees, and a pool of another 80+ people whom they can call upon when the workload increases. They have a green screen studio, a production studio, a music studio, and video and audio edit teams. They do not tag their content with metadata below the episode level. They gather stats on how long people view a video, but they don’t characterize the content of the video beyond the general information about the genre, audience profile and content creator.

Ryan Lissack is a former senior software engineer at Salesforce.com. He is focused on the high-level technology business strategy of the organization. Drew Walkup, a USC Film Production BA, organized Maker Studios’ production and post production workflow from a group of standalone teams into a unified structured process.

Drew perked up when I asked about archiving. Their archiving activities, though, are more near-field storage and back-up. Drew said: “no linear optical tape.”

It’s worth noting that Maker Studios is acquiring video maker and distributor Blip, which should move them further towards becoming their own brand rather than a serf of YouTube.

“The most important takeaway, for now, is that the deal gives Maker a home outside of YouTube for its content,” reports AllThingsD. “Maker commands billions of views a month, and represents YouTube stars like Felix ‘PewDiePie’ Kjellberg. But, like many big YouTube programmers, Maker has been trying to figure out how to make money with its videos beyond the ad dollars it generates on Google’s website.”

By the way, ZEFR co-founder Rich Raddon said that his company is intentionally not following Maker Studios’ strategy to become its own branded content aggregator. As their development work shows, they want to be a value-added SAS tool provider to content creators and brands.

Maker Studios is open to additional tours if the ETC membership is interested. David Wertheimer told me that a number of Fox people have already been over to Maker Studios. I asked Alex to let me know if other studios have also been through.