At Digital Entertainment World, Jake Katz and Amrit Singh of Revolt TV discussed how they are reaching their millennial peers. Curation is key, said Amrit. For news, his goal is to be first, right, and “identify the relevant narrative.” Although they call themselves a cable network, they have a large bicoastal (LA, NYC) staff working on Twitter, Instagram, Tumblr and other social media in real time during the broadcasts. Millennials prefer phones and tablets; 34 percent of the Revolt TV audience won’t watch a television screen. 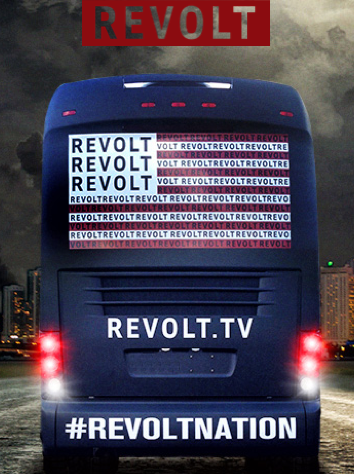 Revolt TV is a music-oriented digital cable TV network owned by Sean Combs in partnership with Comcast. Katz serves as VP of Audience Insights and Strategy, while Singh is the Music and Culture Editor and a host.

Music festivals are staging a comeback because people have been robbed of physical experiences in the digital age, said Amrit.

During “The State of the Music Industry” panel, Jordan Berliant, Head of Music Management at The Collective, noted that music revenues are still at 1999 levels in Scandinavia because a charge for Spotify was bundled with phone bills early on.

Although other panelists noted that in larger markets that might require picking winners among vendors, they agreed that the fundamental approach of processing entertainment service payments within utility bills is an option that should be explored in other markets.

CD sales still account for 40 percent of music revenue worldwide, and should not be dismissed yet, said Anthony Bay, CEO of Rdio. Bay also commented that the quickest way to devalue music is to turn it into an undifferentiated commodity.

Aaron Levie, co-founder and CEO of Box, a B2C secure file storage and sharing service, said that he sees three types of file sharing structures by industries: Healthcare has very little data sharing outside of the individual healthcare facility. Manufacturing is very often one-to-many file sharing. Entertainment looks like a web, with production companies, studios, post houses, and others sharing files throughout the workflow.

Because software is often built to serve organizations, and not networks, entertainment file sharing often involves emailing and FTP-ing files. This is both inefficient and not secure. Entertainment companies should track their “information balance sheet” as well as their financial balance sheet. Box tracks, controls, and audits the use of data in its secure system.

“The good digital producer knows how to get content seen,” said John Roberts, SVP Digital, Endemol, during “The Future of Multi-Platform TV / Digital Hybrid Production” panel. He said that we know how to make content, but asked, “How do we create content for the Tumblr experience?”

Roberts suggested learning from Vine’s six second video model. If you can skip YouTube ads in six seconds, he noted, then learn to make an ad that tells a story in six seconds. ITA CEO Allison Dollar noted that everything is digital, so it’s the backchannel that matters and distinguished new media from old.