EVE Online: The Move From Game to Comic Book to TV Series

Gamemakers are increasingly looking to other platforms. CCP Games announced its plan to create a TV series based on the popular space game “EVE Online” almost one year ago. While the company has met with numerous networks and studio execs to develop a series, they claim to be in no rush to produce it. CCP wants to capitalize on the growing number of the online game’s worldwide players, and will launch “EVE: True Stories” as a comic book before a TV series is produced.

“The success of series like ‘The Walking Dead,’ ‘Game of Thrones’ and film franchises like ‘The Lord of the Rings,’ ‘The Hobbit’ and ‘Harry Potter’ have encouraged gamemakers to consider expanding their properties onto other platforms,” reports Variety. “The successful transition of genre properties from the book to the screen has also helped Hollywood grasp the potential of games with strong followings.” 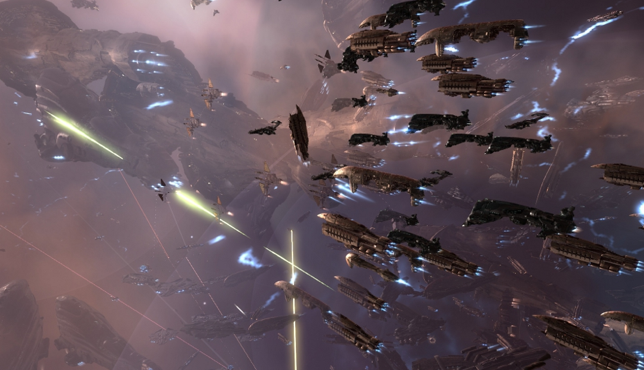 “Hollywood is getting clued into the power” of the franchise potential for game properties, said CCP Games CEO Hilmar Veigar Petursson. “If you look at things that come out today versus five or 10 years ago, it’s way more authentic and people appreciate that authenticity.”

The Iceland-based company hired Baltasar Kormakur (“2 Guns”) to direct. Petursson recognizes that for a successful series the content needs to revolve around people, their relationships, and struggles rather than the game itself and technology.

The comic book will help the storytelling go through a level of filtering. “CCP has no plans to produce and distribute the TV series on its own and go the Netflix route other produces are now embracing for their original productions,” notes the article.

“Our focus is on making the game,” Petursson said. “We know nothing about making good TV. We watch TV and have opinions, but it’s not the same thing. We don’t want to pretend to know something about what we don’t.”