EVE Online: The Move From Game to Comic Book to TV Series

Gamemakers are increasingly looking to other platforms. CCP Games announced its plan to create a TV series based on the popular space game “EVE Online” almost one year ago. While the company has met with numerous networks and studio execs to develop a series, they claim to be in no rush to produce it. CCP wants to capitalize on the growing number of the online game’s worldwide players, and will launch “EVE: True Stories” as a comic book before a TV series is produced. END_OF_DOCUMENT_TOKEN_TO_BE_REPLACED

Newest Installment of “The Hobbit” Trilogy Improves Upon HFR

Part two of “The Hobbit” trilogy, out this week, is back with the much-debated High-Frame-Rate (HFR) 3D format — but with some changes. The 2012 “The Hobbit: An Unexpected Journey” boasted 48 frames per second, but some of the criticism of the format was that the super-HD quality was an eyestrain. The new “The Desolation of Smaug” maintains the HFR; however, director Peter Jackson says he’s toned down the sharpness of the image to make it look more “filmic.” END_OF_DOCUMENT_TOKEN_TO_BE_REPLACED

EXCLUSIVE: Netflix, the Emmys, and the Changing Face of Television

In the run-up to last weekend’s Emmy Awards, a great deal was written about the nominations received by “House of Cards,” and what those nominations mean for the future of television, both as a business and as an art form. Though the show missed out on most of the evening’s top honors, the three wins it did secure still mark a turning point in TV’s evolution. While it seems unlikely that the changes in the way television is produced and consumed will be as transformational or as swift as some predict, it does seem clear that the nature of television has changed and will continue to change in several important ways. END_OF_DOCUMENT_TOKEN_TO_BE_REPLACED

The Future of Exhibition and Aesthetics of High Frame Rate Cinema

“’The Hobbit’ gave us a chance to see a movie projected at 48 fps, and, unless he changes his mind, James Cameron plans to show us ‘Avatar 2’ at 60 fps. Others, including Douglas Trumbull, are talking — and working in — 120 fps,” writes Creative COW. While some embrace the change, others are less in favor of disrupting traditional filmmaking and exhibition. “It’s to be expected that many people who’ve spent a lifetime watching and making 24 fps movies object to the look, many calling it similar to TV or video. HFR Cinema simply goes against the grain,” notes the article. END_OF_DOCUMENT_TOKEN_TO_BE_REPLACED

In a video interview with Wired, actor Andy Serkis (who plays the computer-generated character of Gollum in the popular “Lord of the Rings” trilogy and the upcoming “The Hobbit”) speaks about his recurring role and about advances in motion-capture technology. 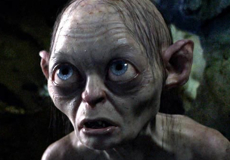 Since the 2001 release of “Lord of the Rings,” motion capture has changed significantly, “bridging some of the ‘disconnect’ [Serkis] felt while filming on separate live-action and motion-capture stages for the original trilogy,” according to Wired.

Serkis recently co-founded a London-based digital-effects house called The Imaginarium, which specializes in motion capture. In the 2-minute interview, he talks about how developments have changed his acting experience and what it was like to return to the role of Gollum.

“It’s still in its infancy in terms of where it’s going to go and the ability that it gives an actor to transform, while retaining a real emotional sort of truth” says Serkis of motion-capture technology. “No matter how big, or wacky, or abstract the design of a character, it still is always rooted in this emotional, truthful actor’s performance.” 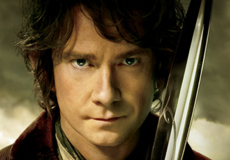 We have an update to Peter Jackson’s “The Hobbit: An Unexpected Journey,” the first major movie release to be shot at 48 frames per second. When the film premieres in the U.S. on December 14, a new projection technique — that could possibly revolutionize the industry — will offer some film fans a brand new experience. END_OF_DOCUMENT_TOKEN_TO_BE_REPLACED 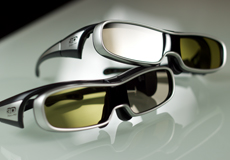