Newest Installment of “The Hobbit” Trilogy Improves Upon HFR

Part two of “The Hobbit” trilogy, out this week, is back with the much-debated High-Frame-Rate (HFR) 3D format — but with some changes. The 2012 “The Hobbit: An Unexpected Journey” boasted 48 frames per second, but some of the criticism of the format was that the super-HD quality was an eyestrain. The new “The Desolation of Smaug” maintains the HFR; however, director Peter Jackson says he’s toned down the sharpness of the image to make it look more “filmic.”

According to Variety, “[Jackson] says HFR is the best way to see the picture, [and] he’s promising audiences will see a better version of HFR, thanks to lessons learned on part one.” What he ultimately decided was that the image on the screen looked too much like HD video and was “simply sharper than people are used to in cinema,” the article explains. 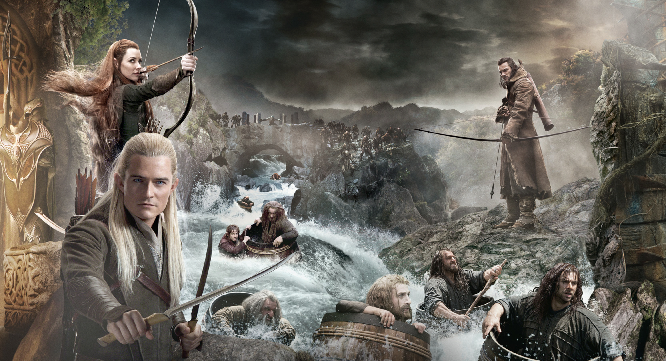 “So what I did is work that in reverse,” Jackson told Variety. “When I did the color timing this year, the color grading, I spent a lot of time experimenting with ways we could soften the image and make it look a bit more filmic. Not more like 35mm film necessarily, but just to take the HD quality away from it, which I think I did reasonably successfully.”

Warner Bros. and Jackson opted not to show the HFR version to press so they would focus just on the movie and not on the image quality as they did with “An Unexpected Journey,” but he insists the new film is “best seen” in HFR.