According to Canon, the EOS C200, priced at $7,499, is “a production-ready solution that can be used right out of the box,” and comes with an LCD monitor, LCD attachment, camera grip and handle unit as well as a 1.77 million dot OLED electronic view finder. 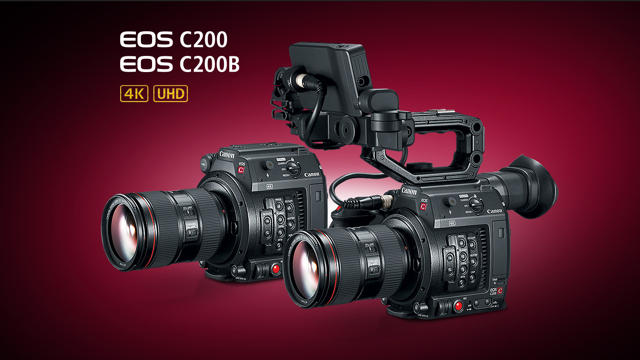 The Canon EOS C200B, priced at $5,999, is aimed at “users who crave more versatility and the ability to craft custom setups tailored to their subject or environment,” as it comes without accessories and the electronic view finder “to optimize shooting using a gimbal, drone or a variety of other configurations,” notes the release. 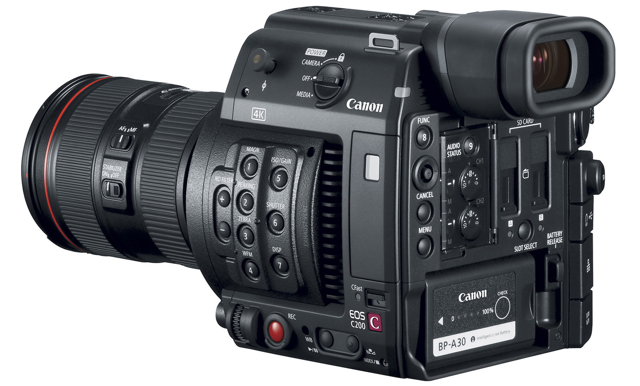 These new formats can be recorded internally to a CFast card, “by cutting data size to about one-third to one-fifth of a Cinema RAW file, without losing [color] grading flexibility,” which makes it much easier for the post production process. The user can simultaneously record to an SD card and proxy data (MP4) for offline editing.

The cameras support the ability to export 4K in MP4 format on SD media cards at 60/50/30/25/24P at 8 bit. Also available is slow-motion Full HD recording at up to 120 fps and Innovative Focus Control for more precise focusing. For color grading and editing, Cinema RAW Light is compatible with Blackmagic Design’s DaVinci Resolve and Avid Media Composer, using the Canon RAW plugin for Avid Media Access.