Blogging platform Tumblr now enables users to live stream video directly to their followers’ dashboards. Live videos “can be reblogged like any other post,” while push notifications can be distributed when someone goes live or reblogs a live stream. Unlike Facebook Live, Tumblr is positioning itself as the publishing and discovery platform for existing services, including YouTube, YouNow, Kanvas and Upclose. All partner apps are ready to support live streaming to Tumblr on iOS and Android, with the exception of YouTube, which is Android-ready now and will add iOS support shortly.

According to TechCrunch, the Tumblr-developed technology underlying this new feature is a private spec that “allows the third-parties to stream their live broadcasts into Tumblr’s native video player.” Tumblr users will find support through the partnered apps, which will then automatically publish to Tumblr. 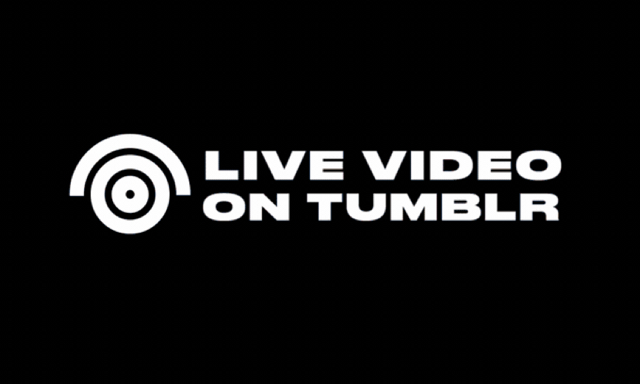 The user’s live video will take the top position on followers’ dashboards, and followers will also be alerted if the user republishes a live video. Each post will also be “badged” to identify the service hosting the video. Clicking on the badge will open up the app or link to the App Store. The videos can be replayed any time after the live broadcast.

Kicking off the new feature is a schedule of events including “a live broadcast from the surface of Mars, a Q&A session with Adam J. Kurtz, a basketball lesson from a Harlem Globetrotter, some designed-to-go-viral entertainment events, and others,” as well as original content from Tumblr “inspired by its community.”

Tumblr says that some 15 media partners — Mashable, Refinery29, MTV, The Huffington Post and others — will also stream live content.

For now, live video is not an ad offering, although that may change in the future. “Support for live video on Tumblr is part of a larger strategy for its service, which has been struggling to meet its revenue expectations following the Yahoo acquisition,” reports TechCrunch. “Now it’s clear that Tumblr isn’t trying to directly compete with the likes of Facebook Live or Periscope, but has instead chosen to tie into competing services as a means of joining the live streaming market without having to build its own dedicated tools for hosting live video itself.”