Viacom rolled out a standalone online service this week dubbed BET Play, targeting an adult audience (last year, Viacom launched Nickelodeon-related app Noggin for kids). The video-on-demand application will feature BET’s award programs, such as this week’s 2016 BET Awards, in addition to TV series, musical performances, documentaries, comedy specials and news. BET Play will launch for iOS, Android and Apple AirPlay-enabled TVs without the need for a broader pay TV subscription. It will be available in 100 countries outside the U.S. for the equivalent of $3.99 per month.

With the exception of the United Kingdom, BET Play will not be available in markets that have access to BET on regular pay TV. 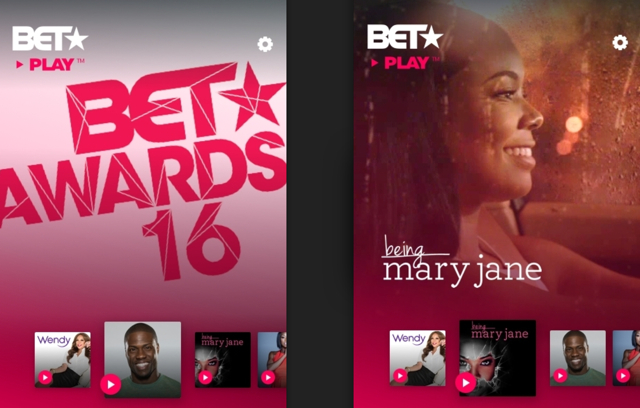 The app will not be made available in the U.S. “The Viacom arm handling this launch, Viacom International Media Networks (VIMN), notes that stateside, customers can watch BET through an app that works through their pay TV provider instead,” reports TechCrunch.

At launch, there are 280 episodes and 150 hours of content available. Live streaming will include the BET Awards, the BET Hip Hop Awards and the Soul Train Awards.

BET Play joins a growing number of similar offerings from networks such as CBS, Lifetime, HBO, Showtime, Starz and Cinemax. According to The Verge, Viacom announced last fall that it plans to introduce “a suite of mobile apps for each of its major networks.”