Time Warner Cable has partnered with startup Fanhattan to offer customers the Fan TV cable set-top box, which enables viewers to watch live TV, cable TV, and streaming video via Internet Protocol. The sleek cable box features a unique viewer guide with an integrated offering of online and live content from television shows to movies through a simple touchpad remote. Pre-orders of Fan TV set-tops, which began Tuesday, are $99, and they will be ready to ship in June. 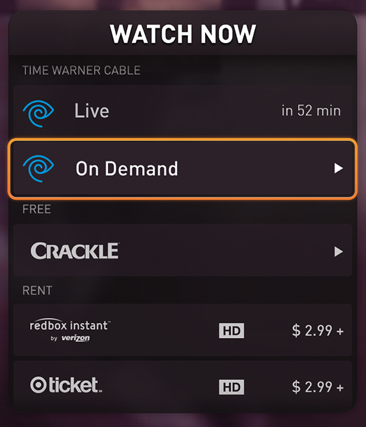 For now, Fan TV will not be presenting the full lineup of Time Warner Cable channels in all cities because of the preparation still required to make some local broadcast channels available for transmission via IP. However, Time Warner subscribers in Los Angeles, San Diego, New York, Kansas City and Austin will have access to almost all broadcast and cable channels. The company plans to continue expanding the lineup of channels in other cities.

Users looking for music streaming have access to the Rhapsody subscription service. Again, the company hopes to expand this lineup of services in the near future.

One last shortfall of Fan TV is that it has no built-in DVR. However, the cable box does have some time shifting functionality because it has enough storage to allow viewers to control instant replay or pause live TV for up to 20 minutes.

“By showing Time Warner Cable’s content side by side with what’s available online, Fan TV should help persuade subscribers that they are getting a good deal,” Angus said in the Los Angeles Times.