At the Game Developers Conference in San Francisco this week, a collection of tech companies and organizations announced the formation of the non-profit Immersive Technology Alliance (formerly S3DGA), which plans to develop games involving augmented reality, virtual reality, 3D and gesture controls. Members include Avegant, Big Blue Bubble, Electronic Arts, Epson, GameFace Labs, Technical Illusions and others. Earlier reports that Oculus VR is involved in the consortium turned out to be inaccurate. 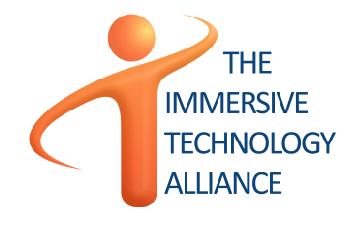 “There was confusion on March 13 about whether Oculus was a member of the Immersive Technology Alliance,” said an Oculus spokesman. “We’ve spoken with the ITA’s leadership and clarified that we are not, and have not been, a member of the group. We appreciate the ITA moving so quickly to correct their website and media to reflect this.”

“The alliance’s membership is comprised of technology makers, content makers (e.g. game developers and film makers), standards groups, specialized consultants, and academic partners,” notes the ITA homepage. “The alliance is non-profit, and is the same organization as The Stereoscopic 3D Gaming Alliance (S3DGA) with an expanded mandate and a formally changed title. Despite the name change, this alliance has a demonstrated history and influence dating back to 2009.”

“Oculus was a paying member in the non-profit alliance, (Oculus founder) Palmer Luckey had been involved in a private advisory capacity to help transition S3DGA to the newly named ITA (with others from other member companies), and their logo was on the site without question until yesterday,” said Neil Schneider, executive director of the ITA, in an email (as reported by Dean Takahashi for GamesBeat). “They were also informed of the GDC ITA meeting and invited to speak; though we were advised they couldn’t do it because of a scheduling conflict, and would try to attend if time permitted. We got our first official notification of them leaving the alliance late in the evening on March 15th.”