Study Predicts 4K Adoption Will Be Faster Than That of HDTV

New research by Parks Associates suggests that 4K televisions will trace a similar trajectory in terms of price and consumer adoption that played out with HDTVs over the last 15 years. However, the study’s findings point to a slightly quicker progression for 4K. While HDTVs took about 15 years to achieve a certain level of affordability and ubiquity, Parks predicts that 4K will reach mass market prices within two to three years and exceed 80 percent penetration of households in 10-12 years.

“4K TV adoption is following the same pattern as HDTV, but prices are dropping more quickly,” said Stuart Sikes, president of Parks Associates. “With the increasing convergence in the connected home, innovations such as 4K have implications for a variety of players throughout the home entertainment ecosystem.”

Some of those players include companies that manufacture displays, streaming devices, and upscaling components such as Blu-ray players and A/V receivers. 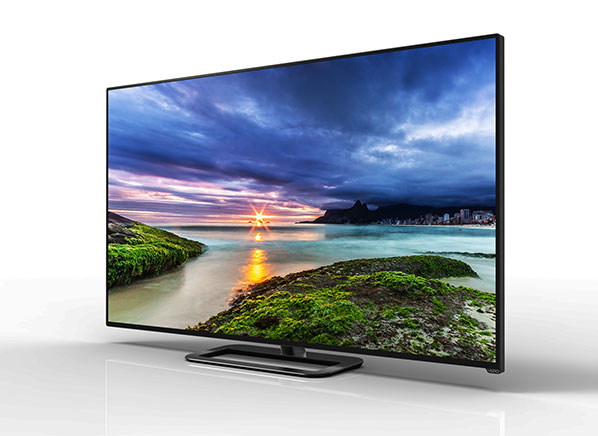 “The study, ‘4K Today: Bringing Ultra HD to Market’ delves into a handful of aspects of the current HD landscape,” reports Digital Trends. “The research looks at 4K’s importance to consumer electronics manufacturers, analyzes over-the-top (OTT) and pay-TV content delivery issues, and gives a detailed comparison of 4K to previous rollouts of 3D and HD technologies.”

“Analysts for Parks Associates say the research indicates an initial focus on OTT delivery of 4K content — companies such as Amazon, Netflix and Comcast are already developing 4K content, and working on improving streaming methods needed to handle the massive files,” notes DT. “As the amount of said content increases over the next two years, broadband networks will naturally experience growing traffic demands, which will require looking into bandwidth conservation and cutting-edge compression tech.”

The report notes that 82 percent of U.S. broadband households currently have at least one HDTV, but in 2013 only 10 percent of those households owned a 3D television.