During a panel discussion at the SMPTE conference, execs from Sony, Samsung, HDMI Licensing and NPD DisplaySearch addressed the challenges ahead for what was described as an “exciting” time for “immersive” Ultra HDTV. The panel discussed topics including the current lack of available content and the need to shape a clear message for consumers. While the industry seems divided on a 4K transition, proponents at the conference suggested there would ultimately be consumer demand. 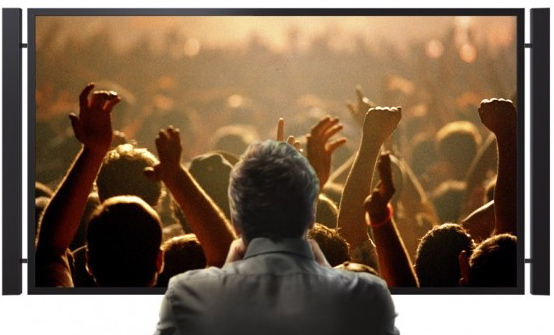 “The consumer displays are already available — and range in price from roughly $700 to nearly $40,000 — and 4K-capable laptops and even smartphones are on the way, pointed out moderator Chris Chinnock, president of Insight Media,” writes Carolyn Giardina for The Hollywood Reporter. “But there remains limited ways to get 4K in the home.”

While efforts are already underway for satellite and OTT 4K services, over the air 4K delivery is likely still some time away.

“The reality is that most of what we watch will be upconverted for the foreseeable future. It is positioned as an important feature,” said Samsung marketing executive Dan Schinasi.

Sony has been remastering library titles in 4K, including movies and TV series. The company offers content available for download through its 4K media player. Several panelists suggested that movies and sports will help get 4K into the home.

Consistent language may also be necessary to help avoid consumer confusion. “For instance, the Consumer Electronics Association uses Ultra HD as the industry term for 4K, but other groups including the International Telecommunication Union define Ultra HD both as 4K and 8K,” notes Giardina.

Sony has already introduced 4K production to the X-Games and Wimbledon, and next summer’s FIFA World Cup final will be shot in 4K. However, some remain hesitant. For example, Fox Sports VP of field operations Jerry Steinberg “asserted that he doesn’t see 4K broadcasting in Fox’s near future,” writes Giardina in a related THR article.

“We have no interest into doing 4K telecasts or moving 4K signals to living rooms,” Steinberg said at SMPTE on Monday. “We spent millions going to HD and never got an extra dime from advertisers… It seems today [4K broadcasting] is a monumental task with not a lot of return.”