Samsung launched its new line of super high resolution SUHD 4K TVs, but interested consumers will have to pay a premium for the superior picture quality and additional features. All of the SUHD TVs have four times the amount of pixels than the average 1080p television set. The highest-end model also has an LED backlight system, a curved screen, and a built-in camera for hand motion controls. The new SUHD TVs will start shipping this month, with the high-end models reaching $10,000.

It’s not just the added pixels that make the image quality better on these Samsung TVs. In addition to making the images sharper, Samsung uses “revolutionary nano-crystal technology” to make the display produce more vivid colors. Wired calls it, “OLED-like colors at a fraction of the price of an OLED TV.”

In addition, scenes with contrast will be displayed clearer than before because of an LED backlight system that can highlight the brightest parts of the picture. 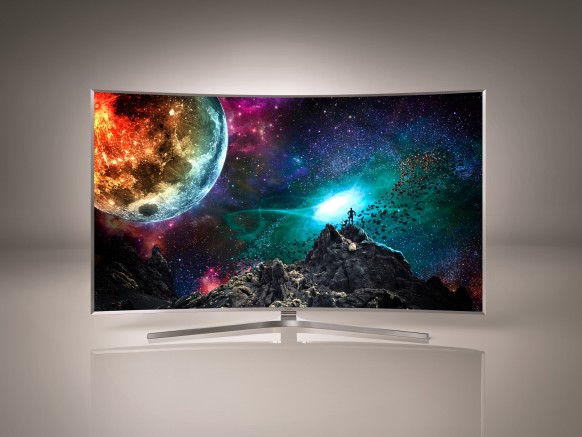 Those features come at a price, though. The most-affordable model starts at $1,150 and has lower-end speakers and processors, and small screen sizes (48 inches and 55 inches). Meanwhile, the middle-tier models are about $3,000 to $5,000, and they come without the curved screen, motion controls, or the LED backlight system. (Pictured above is the 65-inch JS9500, that costs $6,000.)

The investment may be worth it, though, because this technology looks like it will start taking off in the next couple of years. Electronics makers are moving past 3D TVs and gimmicky remote controls and focusing on image quality. Manufacturers are still developing 4K elements like high-dynamic-range imaging (HDR) and quantum dot. LG will also start selling several new 4K OLED TVs this year.