French company Sysveo is developing software that will enable drones to see and record virtual 3D images in the videos they shoot while in flight. The technology would work so that a drone could be programmed to display the specific blueprints of a building or home for example, against the background of a location such as a neighborhood or city. The project, which is currently in an early stage, is being developed on a patent from France’s CNES space agency and funding from the European Space Agency.

Sysveo’s technology could potentially help people see how a building might look, before being built, within the context of a particular environment. “A drone equipped with the software exploring a known location would tap into a ‘graphic library,’ where its owner [could] upload the images he or she wants the drone to overlay over the real world,” reports Motherboard. 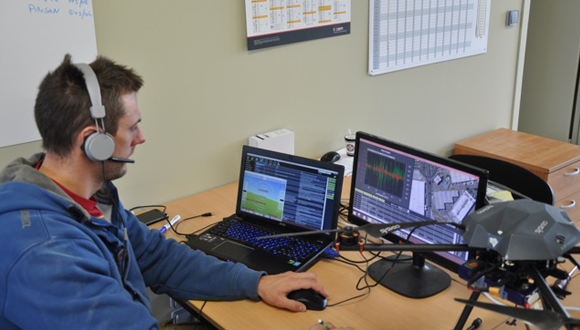 Sysveo CEO Clement Alaguillaume tells Motherboard that he believes “architects could easily use this for creating a real-time simulation of the building they designed, and see it on the ground… And they could take real-time decisions without going back to their office, as they could make as many simulations as they want with the drone.”

Alaguillaume also explains that the software will require no hardware. “Everything happens at the software level, through complex algorithms,” he states.

Syvsveo acquired the software patent from CNES in 2013.

The product will be made available as open-source software in about a year. Alaguillaume hopes that eventually the technology will be compatible with any drone on the market.