At this week’s Game Developers Conference in San Francisco, Sony announced that its PlayStation-powered Project Morpheus VR headset has some new specs. The screen resolution has been improved to 1,920 x RGB x 1,080 and its refresh rate has been doubled to 120Hz. Project Morpheus now features a new 5.7-inch screen with nearly 100-degree field of view, and touts lower latency, at under 18 milliseconds. While no price has been revealed, the company says it plans to launch the device by the first half of next year. 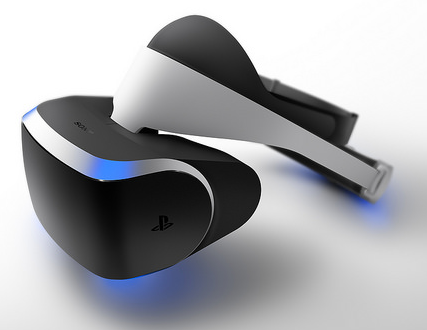 According to Shuhei Yoshida, Sony Worldwide Studios chief, the new prototype is the “near-final” version of Project Morpheus.

“The screen is afforded ‘super-low latency’ (sub-18 ms) by way of improvements Sony’s made to the software across the past year, and the field of view has been expanded to ‘nearly’ 100 degrees,” reports Engadget. “And the design has changed a bit as well: It’s now got nine LED sensors on the outside, making it way more glowy blue than before, but also offering more points of articulation to be measured by the corresponding PlayStation 4 camera.”

In addition to the impressive new specs, the Gizmodo review suggests that Project Morpheus also stands above the competition based on its comfort: “…unlike Crescent Bay and every other VR headset that uses elastic bands to oh-so-gently vice grip your head, the Morpheus just rests there. You can cinch up the rear band by rotating a dial, and press a button to release its grip, but honestly the Morpheus is balanced so well you don’t need to tighten extensively.”