InVisage Debuts Sensor Coating it Claims is Superior to CMOS

No Film School quotes from the InVisage site, that refers to the fact that “the number of electrons a pixel can store” reaches a fixed limit, known as a “full well capacity” or FWC.

“Not only does the QuantumFilm sensor provide a higher FWC than a silicon sensor at any pixel size, but its photosensitive layer also has a non-linear response to light, just like film,” says the InVisage site. “QuantumCinema takes advantage of this non-linear response to expand the dynamic range of the sensor even further.” 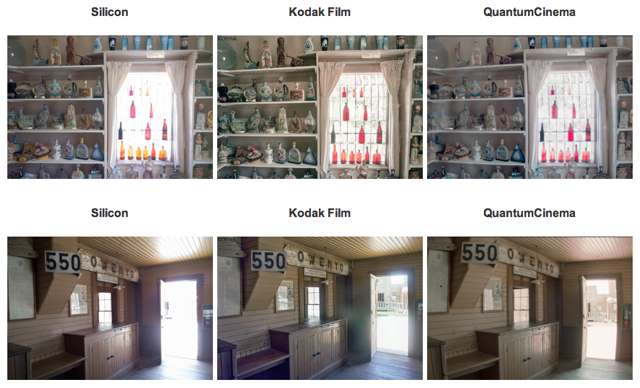 Though the technology seems to be marketed towards the massive smartphone camera market, notes No Film School, “QuantumFilm technology has the potential to revolutionize the entire spectrum of consumer and professional digital imaging.” No Film School theorizes that if Sony, currently the dominant player in sensors worldwide, were to acquire InVisage, “we could see QuantumFilm become the standard tech in all types of cameras in just a few year’s time.”

“With that said, it will likely take longer than that for the technology to make it into a future generation of DSLRs, mirrorless cameras, and dedicated cinema cameras,” says No Film School. “Still, the work InVisage is doing seems like a great step forward in sensor technology, because it solves the problem of sacrificing performance in favor of pixel density and higher resolution.”