India-based InMobi launched a new advertising technology this week called Miip (pronounced Meep), which features an animated monkey that follows users through apps and provides useful suggestions for products. The recommendations typically involve items that users may be interested in purchasing, and are suggested through a text bubble. Over time, InMobi hopes that users will become more inclined to click on a pop-up or even provide feedback if the monkey makes useful suggestions.

According to The New York Times, InMobi seeks a personalized approach to advertising that has been attempted by companies such as Facebook and Google in hopes of leveraging “vast amounts of information they have collected about your activities, both on and off their services.” 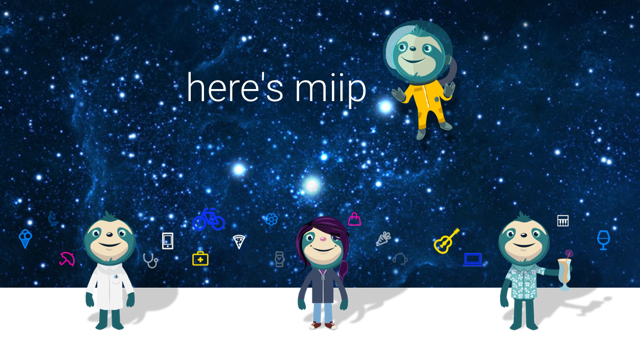 “If you find value, maybe you will actually come in and put information into Miip,” suggests Naveen Tewari, chief executive of InMobi. “For the first time, we’re putting the user at the center of the advertising.”

The company has been testing the product for six months with 5 million users, and has locked down early advertisers such as Spotify, Expedia, Orbitz, Joyus, TheRealReal and other major retailers.

The Miip ads began appearing in 40,000 apps this week, and InMobi plans to convert most of the 200 million ads served by its mobile ad network each month to the new format.

Other companies are pursuing related techniques that help consumers discover products and services. For example, Pinterest, Facebook, Google and Twitter are among those introducing buy buttons.

“Built into Miip is the ability to buy products directly from the platform,” NYT explains. “The transaction technology, which is powered by Stripe, a leading payments service, required a great deal of technical work behind the scenes. But if it works as promised, it would be a big leap forward for advertisers touting specific products and services for sale.”