This fall, IKEA will roll out an augmented reality application for iPhones and iPads, using Apple’s ARKit platform. The company currently has teams of interior designers, professors and others in the Netherlands, Sweden and the U.S. working on the app, which is timed to go live with Apple’s launch of iOS 11 software. IKEA is not alone in realizing its customers could benefit from an app that allows them to envision how a couch will look in their living room; online furniture company Wayfair has also released an AR app.

The Wall Street Journal reports that, “an Apple spokeswoman confirmed that IKEA is using its augmented reality platform to build its app.” With the app, users will be able to see a complete view of each room through their Apple devices’ cameras running iOS 11 and pick from hundreds of living room furniture items to “drop into” their camera view. 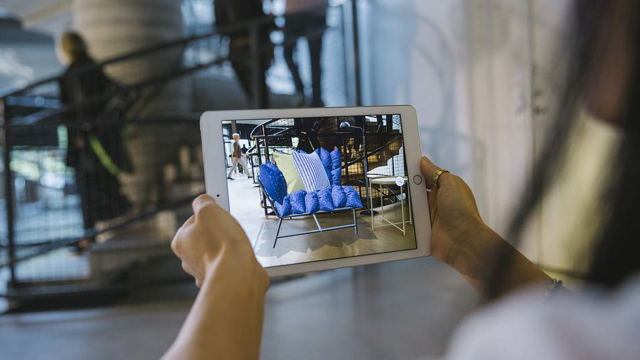 “We’ll give them confidence before buying,” said Inter IKEA Systems head of digital transformation Michael Valdsgaard, who says that the dimensions and colors are “near true to life.” He notes that IKEA will add more products in the app’s next versions.

Although Valdsgaard says that customer service and a desire to stay relevant and be innovative drove the IKEA app, Forrester Research principal analyst Brendan Witcher notes that the app could have a financial upside. In addition to increasing conversion rates, the app could help prevent returns of bulky, expensive items.

“This removes customer pain-points,” he said, adding that, “the technology could also be a competitive advantage for IKEA as more retailers look to add value to consumer shopping experiences.” “The hyper-stimulated consumer isn’t just looking to shop, they’re looking for experience, engagement and brands that make the shopping journey enjoyable,” he said.

Last year, Wayfair launched its AR app based on Google’s Tango platform. It is now available on the Lenovo Phab 2 Pro and the upcoming Asus ZenFone AR smartphones. According to eMarketer, about 40 million people in the U.S. are expected to use augmented reality in 2017, up 30 percent from last year, a number that will rise to 54 million in 2019.