T-Commerce, which allows consumers to buy items they see on TV shows directly from their set, is not new. Predicted since the 1980s, it’s appeared as Enhanced TV, T-Commerce and Shopification. The idea that a viewer could simply click on a sweater worn by her favorite sitcom character and purchase it is heady, but the difficulty of making items clickable frame-by-frame was (and is) a massive stumbling block. At the HPA Tech Retreat, RealNetworks described its T-Commerce solution, powered by computer vision.

According to RealNetworks chief technology officer Reza Rassool, a convergence of streaming television and other trends are combining to make T-Commerce inch closer to the futuristic possibilities of “Minority Report.” Another piece of the puzzle is computer vision, and Rassool demonstrated the company’s advanced facial recognition technology. 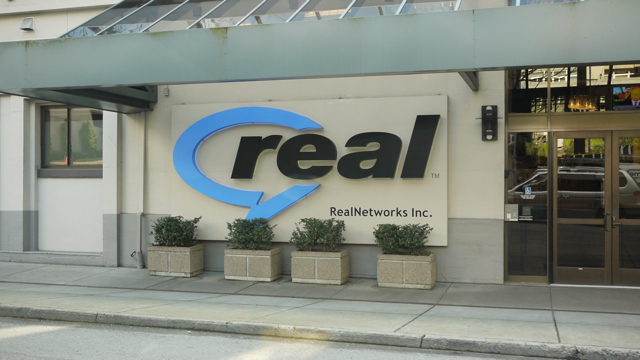 With a camera pointed at the user’s face, the computer vision can recognize gender and age as well as expression. It nailed my gender and, spookily enough, my exact age, and told me my expression was neutral. The tool also has a database of about 50,000 public and semi-public figures, and will tell the viewer whom he or she most closely identifies.

“Packaging this up for Hollywood seemed to make sense, but the potential revenue from archival systems and so on is not hugely attractive,” said Rassool. After much discussion, he and his RealNetworks partners decided that, “the end game, the real revenue in this space is in T-Commerce.” It’s already a reality in China, where, said Rassool, they already “have strong business with OTT clients in China.”

“They don’t get revenue from subscriptions and only a small amount from advertising,” he said. “The majority of their revenue comes from selling product through the television.”

The concept already has some traction in the U.S.; Rassool can’t be more specific, as he’ll be presenting a paper on the topic at NAB 2018, but he does reveal that a major hamburger chain is already testing out what he calls the “Ad to Cart” button. He notes that training the platform to recognize items means coming up with a large dataset.

“If you want to categorize all shoppable items, you start with apparel and input the Nordstrom’s catalog,” he said, offering an example.

“The experience would hopefully not be intrusive to the consumer viewer experience,” he added. “The cart could be on a second screen app, and you can check out maybe a day or week later. What is carried all along with the metadata is a very important question. To richly tag the content might be quite onerous, so we think it should be simpler, such as one object per scene which is resolved through some service.”

The big broadcasters are less likely to be the ones to adopt the experience first, he added, noting the sale of Jennifer Aniston’s sweater as “one of the many failed attempts of T-commerce.”

“The existential need is in the up-and-coming OTT operation,” he said. “They can’t earn their keep just by selling the interstitial ad space they have. They have to find other ways of getting revenue.”