Google I/O: The Future is All About the Android Mobile OS

During yesterday’s keynote event at Google I/O, the company unleashed its Android Everywhere strategy and a slew of related announcements. Google envisions us taking the more contextually aware Android mobile OS from place to place through every part of our lives, including our televisions, laptops, vehicles, bodies and workplaces. Major announcements unveiled details regarding Android L (5.0), Android Wear, Android Auto, Android TV, and integrating Android applications into Chromebooks. 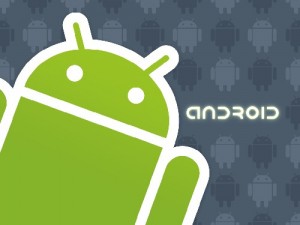 The keynote emphasized Android “flowing from place to place with you, and taking advantage of any input you throw at it — be it your voice aimed at a device on your wrist, a button on your steering wheel, your mouse on your laptop, or a gaming control on your TV,” reports Wired.

“The company also talked about bringing developers along for this ride, by giving them the power of Google’s cloud platform. This was a comfortable, mature company with a comfortable mature product that it wants to merge into every aspect of your life. The keynote was full of announcements about the future of the operating system, including Android in the home, the car, and all sorts of other devices.”

One of the most anticipated topics involved Android TV. “The interface is extremely slick,” notes Wired. “It has a very simple UI that reacts to your usage patterns. On the home screen, shows are up top, below them are apps, and below that games. The key to this is keeping the experience seamless across devices. It’s the same API for TV, phone and tablet. You can use your Android Wear watch to navigate the options on your TV, which mirror the options on you tablet.”

Since Android TV includes full Google cast support, it is similar to a built-in Chromecast. This allows users to play their videos and music in multiple locations. Android TV also “brings Google Play games to the big screen” and “supports multiplayer games, played from various devices, so one person can play on a phone and another on a gaming pad simultaneously.”