Twitter announced this week that it has acquired mobile advertising firm MoPub, which enables mobile application publishers to manage inventory and leverage advertising such as direct ads, house ads, ad network and real-time bidding through the MoPub Marketplace exchange. The deal, worth an estimated $350 million, can be viewed as Twitter’s latest effort to increase revenue prior to its much-anticipated initial public offering, expected sometime next year. 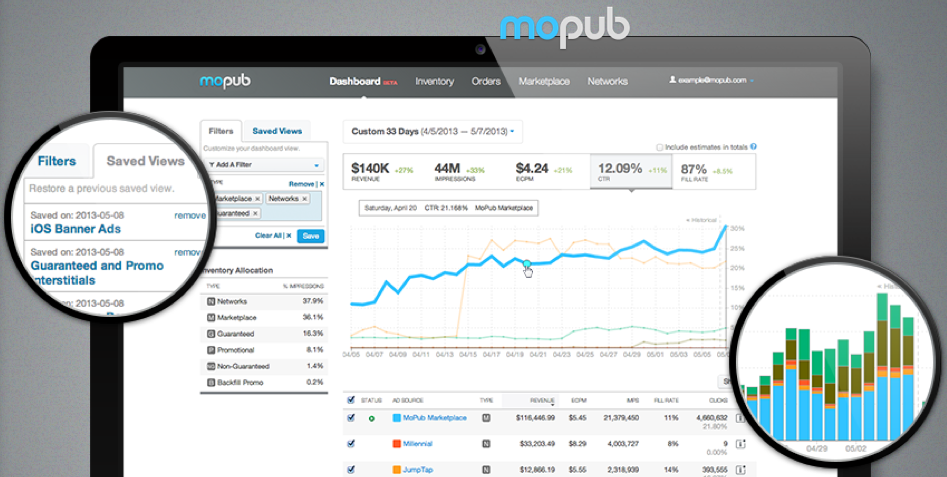 “MoPub automates buying and selling mobile ads, part of a movement in the digital ad industry towards ‘programmatic advertising,’ or the computerized buying and selling,” reports The Wall Street Journal. “This deal means Twitter is moving into being a middle man for ad sales across the mobile landscape, not just sellers of ads on its own properties.”

“The two major trends in the ad world right now are the rapid consumer shift toward mobile usage, and the industry shift to programmatic buying,” notes Kevin Weil, VP of revenue product for Twitter, in an announcement on the Twitter Blog. “Twitter sits at the intersection of these, and we think by bringing MoPub’s technology and team to Twitter, we can further drive these trends for the benefit of consumers, advertisers, and agencies.”

Weil cite’s MoPub’s “focus on providing transparency to advertisers and publishers” and says Twitter will commit to improving MoPub’s core business. “We also plan to use MoPub’s technology to build real-time bidding into the Twitter ads platform so our advertisers can more easily automate and scale their buys,” he writes.

“It’s important to underscore that our commitment to you, the publisher, will not change,” adds MoPub CEO Jim Payne on the MoPub Blog. “In fact, it will be strengthened. Twitter will invest in our core business and we will continue to build the tools and technology you need to better run your mobile advertising business.”

“In addition to investing in new capabilities for our publisher platform, we believe there are opportunities to bring better native advertising to the mobile ecosystem,” according to Payne. “With the support of the team and resources of Twitter, we’ll be able to move even more quickly towards the realization of our original vision.”