Facebook, which has begun to build VR-like 360-degree videos into its site, now allows users to enjoy a true VR experience on the Samsung Gear VR. The company also launched a microsite to provide potential 360 filmmakers with best practices, guidelines and FAQs. VR producers, Vrse’s Chris Milk and Aaron Koplin also show the best way to make immersive video. Facebook has jumped into VR to stay fresh and, while offering users a chance to enjoy VR, also add some juice to its own VmaRketing.

According to TechCrunch, the first immersive stories from brands on the Facebook site come from AT&T, Corona, Nescafe, Ritz Crackers, Samsung and Walt Disney World. To draw in more 360 content to the News Feed, Facebook is persuading 360 camera manufacturers, including Theta, Giroptic and IC Real Tech, to add “publish to Facebook” buttons on their apps. 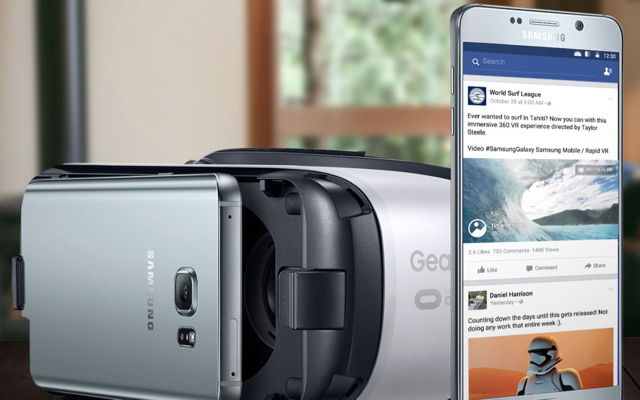 Facebook is currently pushing for the addition of more video to its site as well; the company says it’s doubled its daily video views from 4 billion to 8 billion since April. The addition of more video has made it easier for Facebook to bring in higher priced video ads, and the company hopes it can do the same with VR. TechCrunch reports the site is already seeing some high-quality VR from Felix & Paul and BuzzFeed.

Because 360-degree video is expensive to produce, independent filmmakers will most likely have to turn to brands to bankroll projects, “in exchange for some light branding.” TechCrunch predicts there will be “brand-sponsored 360 videos that don’t directly relate to business, but are just content marketing,” as well as “traditional hard-sell commercials in the 360 format.”

Facebook is not the only site seeking to be a destination for VR videos; it will compete with YouTube and other video platforms trying to become what Wired calls the “YouTube of VR.” But if viewers stumble into 360 videos, Facebook will have “more control over recommending content and ads while simultaneously making us feel more connected to far-flung locales and fictional places.”