Facebook unveiled its hyper-local advertising feature this week. “Local Awareness” ads are designed to be more targeted and cost effective by allowing businesses to select a specific area for advertising and the age and gender of the desired audience. Meanwhile, Snapchat CEO Evan Spiegel says, “People are going to see the first ads on Snapchat soon.” The LA-based startup, which makes a mobile app for sharing brief photo messages, attracted investors this year at a $10 billion valuation without any revenue.

According to Spiegel, the first ads will become a part of the company’s “stories” product, and will initially be optional. “We’re cutting through the new technology around ads to the core of it, which is telling a story,” he said.

“Snapchat has been experiencing fast growth,” reports Bloomberg. “Users send more than 700 million disappearing ‘snaps’ a day and more than 500 million stories viewed daily, the company has said. It competes with Facebook Inc., which tried to buy Snapchat for $3 billion last year and started its own product to send ephemeral photos and videos after being rebuffed.” 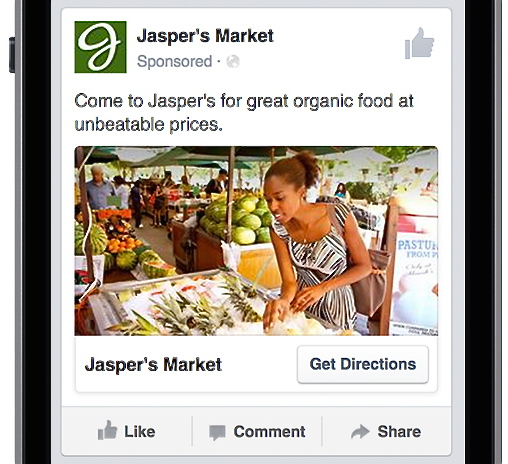 Facebook’s new Local Awareness ads will be available for U.S. businesses in the coming weeks — and globally in upcoming months.

“With local awareness ads, businesses can quickly and easily find new customers by showing ads to groups of people who are near that business’s neighborhood,” explains Facebook.

“Local awareness ads are built to be more cost-effective than traditional advertising channels like newspaper while offering more precise targeting and greater reach. We think they’re the best way for local businesses to reach people near them, and the best way for people who use Facebook to discover more useful things in their area.”

According to Facebook, setting up the feature only takes a few steps, initiated via the Ads Create tool. Businesses that select “Local Awareness” can specify a location address, radius for desired advertising, age and gender of the target audience, and a budget and duration for the ad.

“Eventually, Facebook could combine hyper-local targeting with its retargeting functionality and ad network so any business you shop at could hit you with an ad in Facebook or another app when you’re nearby,” notes TechCrunch. “Along with [Tuesday’s] official launch of Facebook’s mobile ad network and last month’s launch of its web ad network, the company keeps pumping out new ways to make money.”