In the wake of pay TV subscriber losses and a falloff in content stocks, industry news has recently focused on the impact of the Internet, mobile apps and streaming services on traditional television. Disney chief operating officer Tom Staggs, who most analysts believe will be the successor to CEO Bob Iger, defended the future of ESPN and the programming bundle at an industry conference in Beverly Hills on Thursday. Staggs also suggested that Wall Street had overreacted to recent changes in the business and should not be so quick to dismiss the current model. 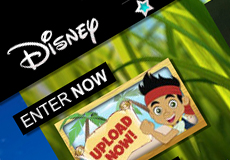 “People sometimes think of this as a zero-sum game, more than is appropriate,” Staggs said at the Bank of America Merrill Lynch Media, Communications and Entertainment Conference. “We continue to believe in the bundle, and we will continue to look at ways to enhance the value of that.”

Staggs said the spike in online viewing has led some analysts to point to a decline in television that is not completely accurate. However, he did acknowledge that the landscape is changing.

“While over-the-top services continue to emerge and viewing habits are being spread across linear channels, DVRs, VOD and SVOD, the perception of the pace of that change isn’t quite in step with the reality of the business,” reports Multichannel News.

Staggs also confirmed that the company is planning to build “new ‘Star Wars’-themed ‘lands’ at Disneyland and at its Orlando theme park, but said it is too soon to say when those attractions will be completed,” notes Variety. “Each will amount to the single biggest investment in the history of the company’s theme parks, he said.”