While retailers have extended their special online deals before and after Cyber Monday this year, yesterday’s sales are still poised to break records. Adobe reports that by 10:00 yesterday morning, shoppers had already spent a record $490 million. When the numbers are finalized, Adobe predicts the day will represent the biggest e-commerce day on record with $3 billion in sales. Mobile shopping is also on the rise; Adobe notes that 41 percent of shopping visits originated on smartphones and 12 percent from tablets. 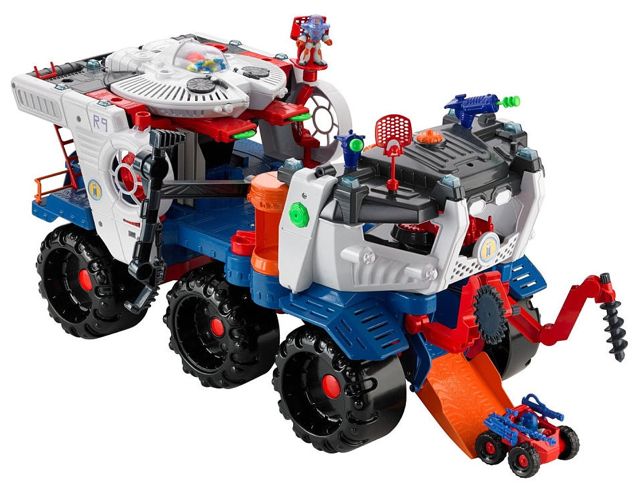 However, conversion rates remain inconsistent, and mobile drove only 32 percent of sales this year.

According to Adobe, consumers spent a total of $8.03 billion from Thanksgiving through Sunday (a 17 percent jump over last year). On Cyber Monday, a number of sites, including Target.com reportedly crashed under the strain of increased traffic.

“Sales were up 14 percent over last year [on Cyber Monday], and out-of-stock levels were also at an all-time-high,” reports TechCrunch. “According to Adobe’s data, 15 out of 100 product views were seeing out-of-stock messages… or two-and-a-half times the normal rate.”

Toys associated with the upcoming “Star Wars” film were big-ticket items, as was the Fisher-Price Imaginext Supernova Battle Rover (pictured above).